Midnight gin feast at Ten Bells for the summer solstice 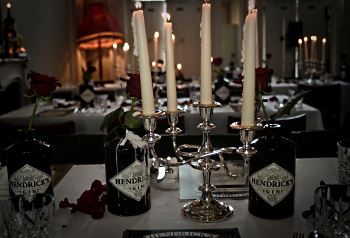 We're not talking about breaking into the tuck shop or scoffing down lashings of ginger beer, but an upcoming event at Upstairs at Ten Bells definitely has a whiff of the midnight feast about it.

On the menu will be seasonal treats designed to 'celebrate the power of the sun' and dishes will be paired with Hendrick's Gin cocktails such as the Sunshine Snapper and Sunbeam Brewski.

If all that isn't enough to tempt you, there's even some cerebral enlightenment in the form of the banquet's host Mr Duncan Mc Rae, Hendrick's British Ambassador who'll be examining the rich spiritual, cultural and mythical associations of the shortest night of the year.