Middle Eastern kebabs and more for Battersea with Bababoom 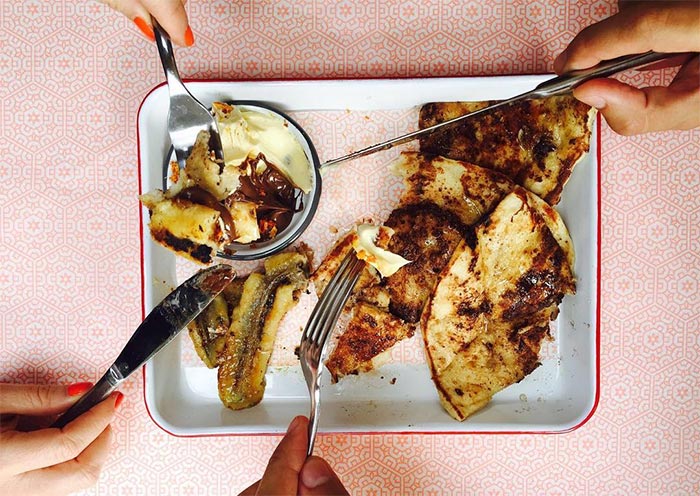 The Middle Eastern trend sees no sign of slowing down as a new restaurant is heading to Battersea rise in the shape of Bababoom. Their aim is to make Middle Eastern food more approachable, with a short menu and with inspiration from the likes of Palomar, Oklava and Berber and Q.

Most of the food is cooked on a Mangal Grill - and expect the menu to centre around some pretty special kebabs. They come with a choice of meat including "short-rib adana, data and pistachio" and "lamb shoulder mechoui" - with extras of merguez sausages, pomegranate onions and more. And other classic dishes include - "Whitebait with Baba's dukkah mix", "Sweet potato tahini dip with preserved lemons" and "broad bean falafel fattoush salad with Za'tar crisps".

And we do like the sound of the brunch too - that adds "Persian eggy bread served with clotted cream and honeycomb" with an add-on of Nutella and caramelised banana from the grill. Or there are "Good Morning' Kebabs" including a Merguez sausage from Rare Butches with date glazed bacon, tomatoes from the Mangal grill, harissa labneh and sumac dusted fried eggs. Or there's the vegetarian option with "tahini avocado, mastelo cheese, aubergines and tomatoes from the grill and sumac dusted fried eggs".

And that grill is back in action for dessert with a grilled peach melba with yoghurt sorbet and toasted pomegranate marshmallows. As for booze, a short cocktail list includes a bergamot frozen margarita by Ex-Hawksmoor Head Barman, Ali Reynolds.

Bababoom opens at 30 Battersea Rise, London SW11 1EE on 21 August. There will be a soft launch until 24 August with 50% off food - walk-ins only, no booking. For more, follow them on Twitter @bababoomlondon.