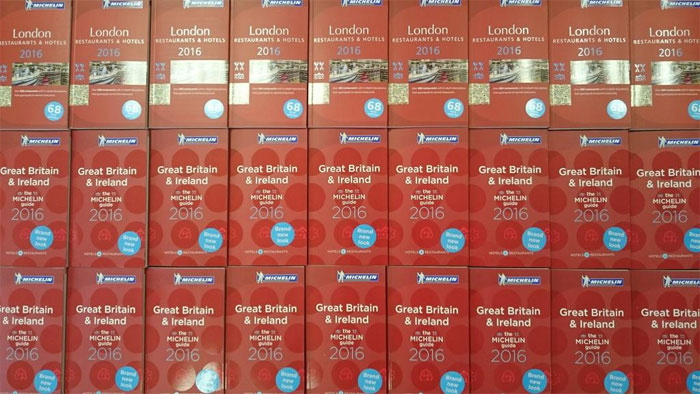 If you didn't know, tomorrow is when the UK Michelin stars are announced - pretty much the biggest deal as far as awards for the restaurant industry goes (despite what some people might say). While critics, pundits (and restaurateurs) often disagree with the awarding of main stars, it's at the Bib Gourmand level (meals under £28) where most agree that Michelin does get things right. And, as usual, they're getting announced early.

At this point we have to say - that's a bit on the stingy side as far as London is concerned which received nine Bibs last year as opposed to this year's five. No Blacklock or Chick N Sours among many other great restaurants that have opened this past year?

We'll see what the rest of the guide brings tomorrow - but we'd advise holding your expectations in check until 7-8ish tomorrow morning.

For more from Michelin, check them out on Twitter @MichelinGuideUK and be back here tomorrow morning (from around 7am) for our usual exhaustive guide to the awards.

And to get in the mood - read up on who got the stars last year.