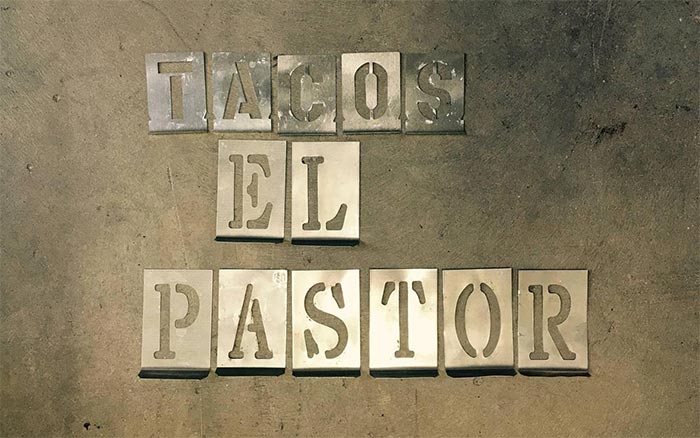 They've already done a pretty good job on delivering some of the best Spanish food in London with Barrafina, but now the Hart Brothers have their sights set on Mexican food. They're launching a new taqueria called El Pastór at Borough.

It's something they've had form in before - they're bringing in Crispin Somerville with who Sam Hart owned and ran cult Mexico City nightclub, El Colmillo in the 90s. So this restaurant is born from the desire to see the kinds of Taquerias they saw in Mexico recreated in London  And there's ANOTHER Hart brother getting involved as James Hart comes to the team with this restaurant.

Tacos will be the main order of the day here. The signature will be the Al Pastor - a taco whose name means "shepherd style" and has Arabic origins - with the Al Pastor meat cooked on their upright ‘trompo’ grill. It traditionally sees using pork marinated in a mixture of dried chillies, spices, achiote, and orange juice - all inside a corn tortilla. Those corn tortillas will be made in-house in their own "tortilla factory" on the mezzanine floor.

It's not just the Al Pastor taco though. Expect plenty of meat, fish and vegetarian tacos, served with a selection of salsas made freshly and daily in-house. And alongside those will be Mexican seafood tostadas, chicharrón de queso and chargrilled esquites.

For drinks there'll be mezcal, tequila, sangrita, Mexican beers, Micheladas and Margaritas. And if those aren't your thing. non-alcoholic aguas include hibiscus flower, horchata and tamarind.

El Pastor opens on 12 December 2016 at 7a Stoney Street, London, SE1 9AA. For more, follow them on Twitter @tacos_el_pastor.