Melba at The Savoy gourmet counter launches on The Strand 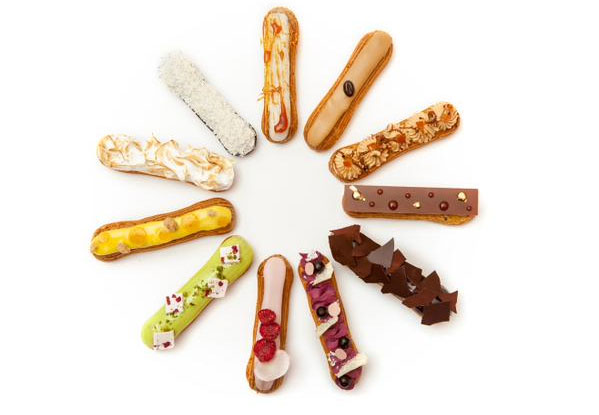 If you've been wandering down the Strand this week you may have spotted the new patisserie Melba. It's the latest opening from The Savoy Hotel. Melba at The Savoy is being described as a "gourmet counter" selling pastries, sandwiches and hot and cold drinks to take away, along with gift items. It's also going large on éclairs.

The menu, which has been worked on by The Savoy's executive pastry chef, Ludwig Hely, includes Comté and Black Forest ham croissant; orange peel and dark chocolate pain au chocolat and classic British sarnies. As for drinks, they'll be serving up Musetti coffee from Milan.

But it's the éclairs which are going to be the real talking point. Ludwig has launched the range with a dozen sweet combinations at £2.95 each (the list will change seasonally) including flavours like passion fruit and milk chocolate; lychee, rose and raspberry; salted caramel and Melba, of course.