MEATliquor reveal plans to open in Islington off Upper Street 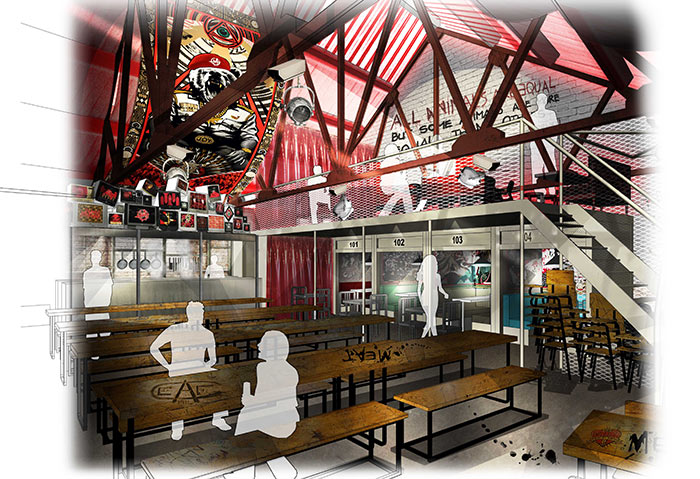 Well it seems that there well and truly is a god. It's not a secret that Hot Dinners is based in Islington, so when news popped into our inbox that MEATliquor was planning on opening their fourth restaurant here, well to say we were pleased isn't the half of it.

They're going to open where in the site where Pipsdish once was - an abandoned Citroen garage just off Islington’s Upper Street. This will be Co-founders Scott Collins and Yianni Papoutsis's first London opening since MEATmission. The new Islington space cover the old garage, workshops, offices and storerooms and they'll be making use of the cellar and basement too. They were originally to have outdoor seating for 40 people - but we're not sure if that's going ahead. Although maybe that would be more use next "summer"...

As for the food, expect the usuals including The Dead Hippie, Dirty Chicken Burger, Deep Fried Pickles and Chili Cheese Fries as well as some special guests from their Singapore restaurant, Sambal Wings, Sambal fries and Buffalo Shrimp.

MEATliquor is opening in Islington on 23 October at 133B Upper Street, London N1 1QP. If you sign up on their site, you can get 50% off on the opening weekend if you have signed up on their website. For the following two weeks (Tuesday - Sunday) you can play their dice game for the chance to get discounts or even a free meal. For more, follow them on Twitter @MEATliquorN1