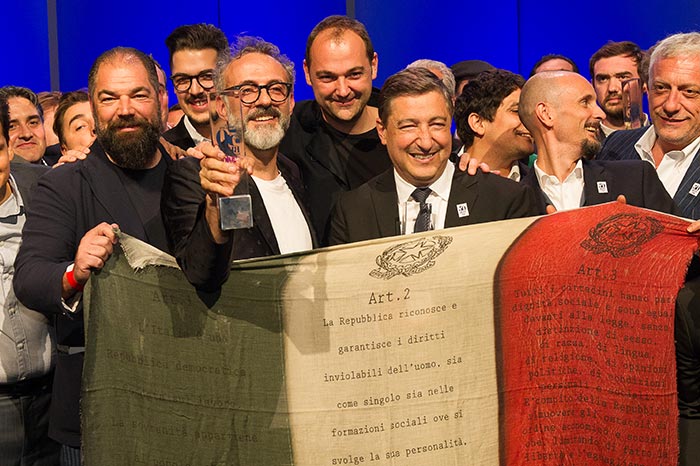 And so another World's 50 Best has been and gone. This year's list was announced last night in New York where the great and the good of the restaurant world gathered to hear who the risers and fallers were. And for Massimo Bottura it was the news he was waiting for as he finally nabbed the top slot from last year's winner El Celler de Can Roca.

On the UK front, the evening began with relatively bad news for Heston Blumenthal. Not only was there a big drop for Dinner by Heston Blumenthal - down from 7 to 45 - but the Fat Duck had fallen out of the Top 100 altogether. This may well have had a lot to do with the restaurant's closure from December 2014 to the end of September 2015, preventing folk from going during the period for voting.

It was great news though for the guys at London's The Clove Club. Not only were they a new entry in the top 50 (last year they were just outside at 55) but they were also the highest new entry at 26. The evening also brought glad tidings for The Ledbury which jumped six places from 20 to 14.

For the host country, things were looking up too. The US had two new entries (of four in total) - New York's Estela at 44 and Saison in San Francisco at 27. There was also a big rise for Chicago's Alinea up from 26 to 15 although the Highest Climber went to Maido by Mitsuharu in Lima at 13.

The year's honourary awards were as follows: