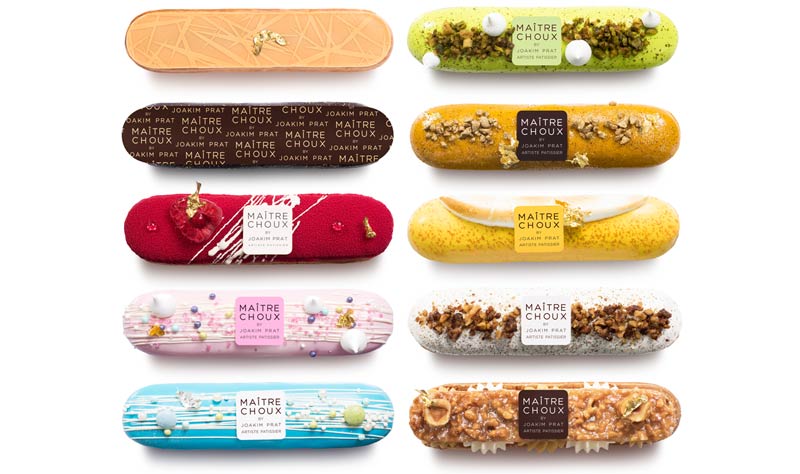 In a nutshell: Eclair specialists set up in Soho

Summing it all up: Popular high end patisseris Maitre Choux is expanding and its first new site is on Soho's Dean Street where there'll be more seats to sit in and enjoy their Insta-friendly eclairs

As beautiful to look at as they are tasty to eat, Maitre Choux's wonderful eclairs have been going down a storm in South Kensington. So it's no surprise then that they're opening a new store.

The second Maitre Choux will open in Soho next month on Dean Street. This will be a much bigger spot than the South Kensington one, with more room to sit inside and maybe have an eclair with a thick, Basque-style hot chocolate. The inspiration for all this is Joakim Prat, the chef who comes here via a range of top Michelin star-restaurants including Spain's Can Fabes and The Greenhouse in London.

Best of all, for a special present, you can talk to them about creating bespoke eclair designs.