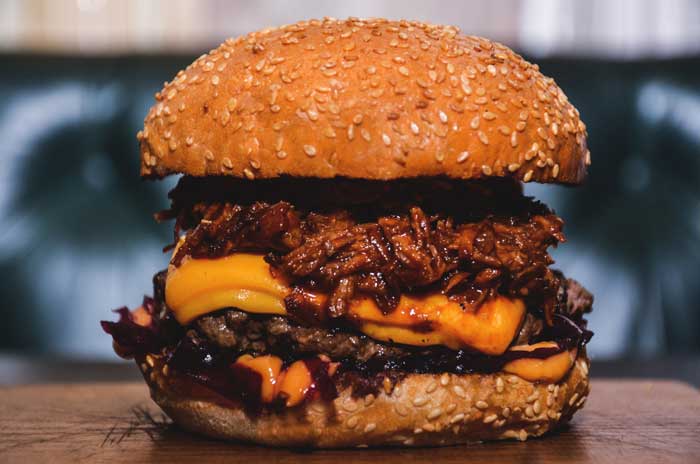 How have seven whole days in 2016 passed without us doing a burger story? Well let us rectify that right now with news of a new Lucky Chip burger hitting Islington this month.

The Mark Wahlberg, so named because of his apparent "total awesomeness", will be on at the Old Queen's Head until the end of January and features 35 day aged Long-horn beef patty, braised beef short rib, American Cheese, pickled coleslaw, Sriracha Kewpie mayo and spicy BBQ sauce. It'll set you back £9.95.

What Wahlberg himself, who famously owns his own burger chain in the States would make of it, is unknown - but we reckon he'd be pretty chuffed.

So if you're lusting after this particular burger - it's the Dirk Diggler you need to ask for now.

The Dirk Diggler is available until 31 January 2016 at Lucky Chip at The Old Queen's Head, 44 Essex Rd, London N1 8LN. Keep up with their news on Twitter @Lucky_Chip