Forget the mad dash back from France for Beaujolais Nouveau - today a group of brewers and restaurateurs are heading into deepest Kent to take part in the first London Hop Shoot Festival.

They're going to be picking hop shoots at the farm of hop grower Chris Lilliwhite, who set aside part of his crop and avoided spraying the hops so they can be served up. Then once the picking is done everyone taking part will dash back to London, dividing up the crop en route, and see who get the hops onto their pub/restaurant tables first. Apparently it's like a poor man's asparagus if you're wondering what hop shoots taste like.

Here's the list of places taking part. If you're dining there tonight and want to share your pics of the ensuing dishes, use #londonhopfest as your hashtag. 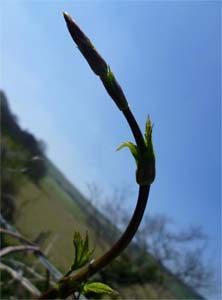