London's Dandelyan Bar is popping up in Virgin's Heathrow Clubhouse 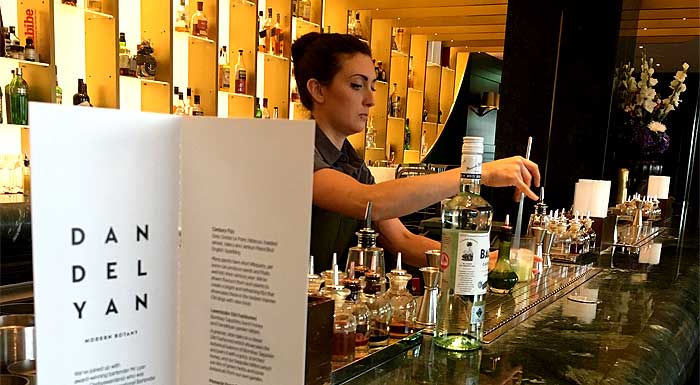 As if there wasn't enough of a reason to head to New York, a new collaboration between Virgin Airways and Dandelyan – the critically acclaimed bar at Mondrian makes the whole trip a must-do. Awarded Worlds Best Cocktail Menu at Tales of the Cocktail Spirited Awards last week and Best Bar Team in London by Time Out, Ryan Chetiyawardana has put together a series of cocktails to be served up at Virgin Atlantic's London Heathrow Clubhouse.

Ryan's series of four cocktails, inspired by travel and botany, will be served up to transatlantic travellers as part of a series of collaborations between Virgin Atlantic and some of the world’s leading bars. A five week, uber cocktail pop-up if you will.

The dates you'll want to take note are