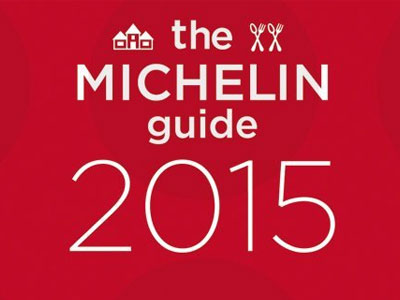 Read our full Michelin report on this year's winners here

So, another year and while there'll be a few delighted chefs this morning, cracking open the champagne, as ever there'll be disappointed ones too.

But there are six very happy restaurants today with new stars - and they are:

Are they what we expected? Well pretty much - although probably Barrafina is the biggest surprise. After all they've been serving up amazing food since 2007.

“The Clove Club shows that there is no shortage of talented young chefs coming through,” says Rebecca Burr, editor of the UK guide, explaining their awards. "“Barrafina has just got better and better over the years and even when a second branch was being planned and subsequently opened, we still experienced the same high standard of cooking”.

"The 14 new stars in our 2015 guide highlight the enormous richness and variety of the UK’s restaurant scene. They range from country pubs to hipster hangouts, from counter-restaurants to classic dining rooms."

"The award caps off a perfect year," said Gymkhana's chef patron Karam Sethi, "and is a testament to my team of chefs at both Gymkhana and Trishna...Together we’ve worked very hard to create restaurants that serve great, authentic Indian food, and we’re striving to keep getting better as we enter Gymkhana's second year.”

“Sandia and I are both absolutely thrilled at the news," says Kitchen Table's chef James Knappett. "It’s been a long journey, but we have fulfilled our dream of opening a successful restaurant together, and to be recognised with a Michelin star for doing something that you love is amazing.”

"Congratulations to everyone that has worked so hard to get us here," tweeted Fera's Head Chef Dan Cox. "amazing team, thank you."

Here at Hot Dinners, we're always interested in the awards of new Bib Gourmands too - they represent restaurants offering 'good food at moderate prices'. In London 'moderate' translates to three courses for £28 or less - so that's a pretty good deal for great food.

This year they were:

As ever, there are always losers too. In London a fair few of previous winners closed their doors over the past year - Tom Aikens, Viajante, Apsleys, Bo London and One Leicester Street. Popular Chelsea restaurant Medlar loses its star but it's a terrible year for Nobu who lose the stars in both of their restaurants - the original on Park Lane and Nobu Berkeley.