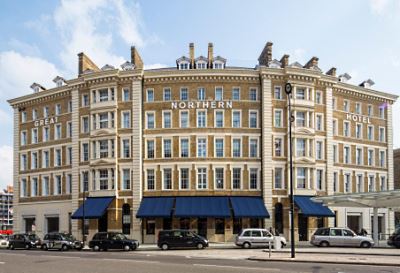 The shortlist for this year's Cateys - an industry awards for the hospitality business run by Caterer and Hotelkeeper magazine - has just been announced and several London restaurants and chefs are in the running.

Independent Restaurateur of the Year

Independent Hotel of the Year

Manager of the Year

Although every independent restaurant of the year was a London one the city's chefs didn't merit a place in the key Chef Award. That shortlist featured Sat Bains, Tom Kerridge, Andrew Fairlie and Nathan Outlaw (for his restaurant in Rock).