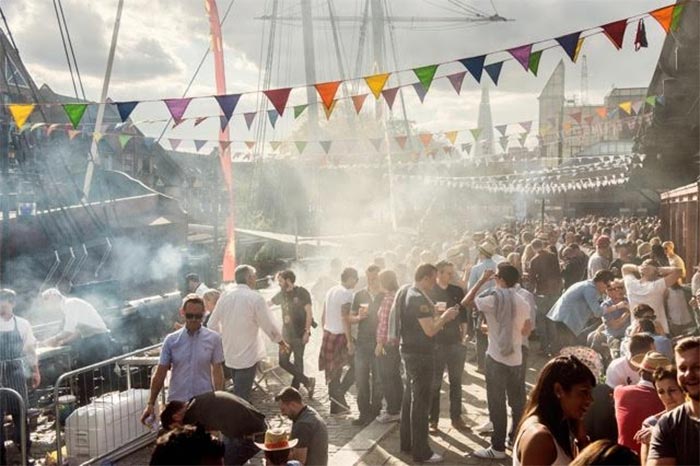 The ever-popular Meatopia is back at Tobacco Dock again this September, and the details of the line-up have been revealed (as well as an extra day added onto the meat festival).

If you're unfamiliar with the event, it's pretty much what it sounds like. Some of the best UK and international chefs each take a stall and serve up a unique (and obviously meaty) dish. It's not a place for vegetarians. There will be around 40 chefs taking part, from the UK and abroad, and the names we know so far are:

As usual, expect dishes at Meatopia that you won't see anywhere else. And on top of that, there will be the craft beer fest Craftopia, butchery lessons from Turner & George, demos and more. Plus DJ sets from Professor Green, Norman Jay and Jazzy B (Soul II Soul). So if you fancy a great meat-fuelled day, get booking now.

Meatopia 2016 is at Tobacco Dock on 2-4 September 2016 and tickets are now available here. For more, follow them on Twitter @meatopiauk