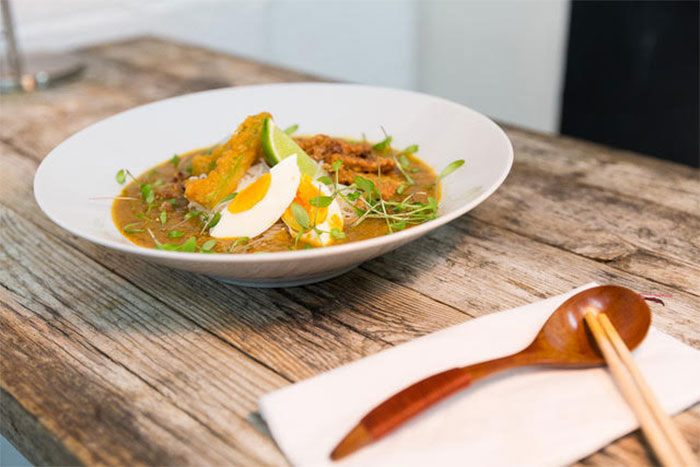 In a nutshell: A new East London co-working space with an attached kitchen

Summing it all up: Those working in the food industry (and those not), have a new workspace in London Fields called Tuck Shop, with kitchen residencies on rotation. First up: Burmese food.

Hot deskers, freelancers and WFH-ers who regularly squat in coffee shops will be pleased to know that there’s a new co-working space opening in London Fields by the name of Tuck Shop - and it’ll have a rotating kitchen residency.

The commercial kitchen, which is available to hire privately as well, will be the home to a series of resident chefs for varying lengths of time. Up first is Lahpet, a Burmese-style Asian food ensemble named after the region’s distinctive pickled tea. It’s not often we see food from Burma making an appearance in London, with that honour usually going to neighbouring Thailand, so it sets a good precedence for experimental flavours and cuisines that might not quite be established yet.

Thanks to the presence of its kitchen, the working space is particularly targeted at those working in the food industry - food writers, photographers, chefs and reviewers. It’ll also available to hire for private events.

Where is it? 5 Helmsley Place London Fields E8 3SB