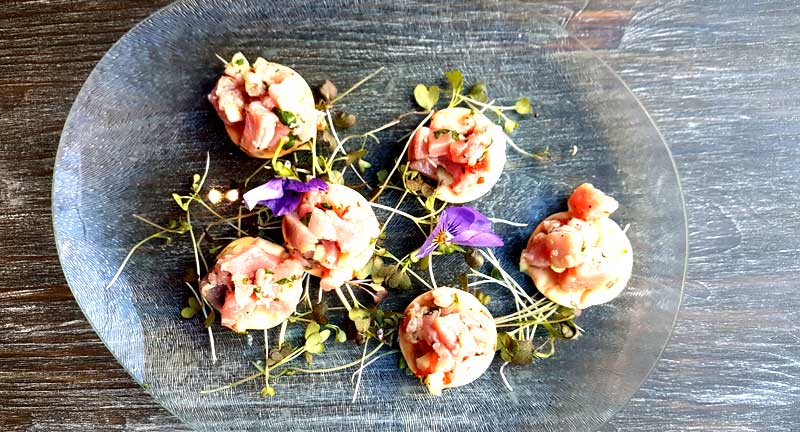 In a nutshell: Indian tapas in Fitzrovia

Summing it all up:The folk behind India's biggest food festival have launched this Indian small plates restaurant and cocktail bar

Is there a city in the world that has such an exciting Indian food scene developing as London right now? The latest slightly under-the-radar opening is Lokhandwala which is now open on Charlotte Street. The folk behind it are the team behind Mumbai's The Grub Fest, which is India’s biggest food festival.

Their first London spot is a bit of a restaurant and bar combo. Food-wise they're serving up a series of Indian small plates, mixing traditional and new dishies. And everything from smoothies to snacks and mains has a healthy twist.

Meals will kick off with a range of vegan Ayurvedic shots and smoothies. On the main menu expect to see dishes like: Gujju Vaal Daal Chaat - broad bean, lentils and black pulses tossed together and served with yoghurt and tamarind chutney on the side Lamb chops, marinated for 24 hours and then cooked in a traditional tandoor Prawns marinated with yoghurt, coriander, mint, celery and green chilli with a side of ginger pickle Vepudo tacos made from potato skins filled with sea bass, radishes and Andhra hot spices.

The space itself features the restaurant on the ground floor. At the back of that is ‘The Hot House’ cocktail bar and there's also a speakeasy on the first floor with an outside terrace serving up a range of cocktails featuring ingredients like Ketel One Vodka infused jasmine tea and sage and white tea syrup.

When does it open? Open right now