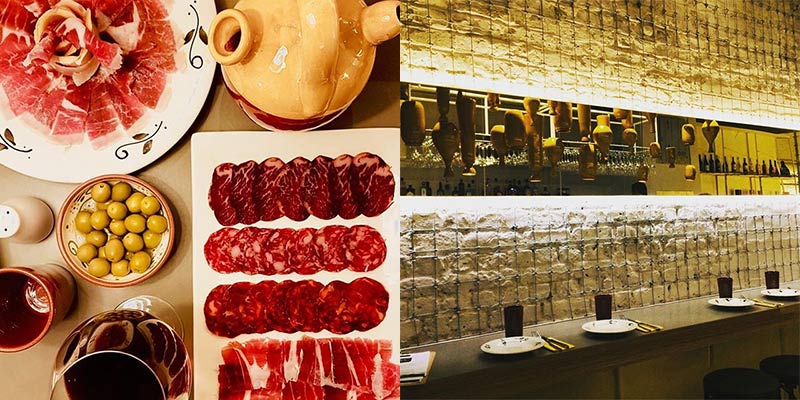 In a nutshell: Tapas, cheeses and lots of jamón in Islington

Summing it all up: Delicacies from western Spain, ingredients from expert jamón producers Jamon y Salud and a *very* summery drinks menu mean that Llerena a fantastic little addition to Islington’s ever-growing collection of restaurants.

If you can't even hear the word 'Spain' without immediately thinking jamón, then get thee to Islington immediately, where a little Ibérico tapas bar specialising in the very stuff has just sprung up.

Llerena will dishing up delicacies from western Spain’s Extremadura region, so expect lots of Torta del Casar cheese, roasted meats, and of course, masses of jamón. The main thing to takeaway from this is that their ingredients will be supplied by none other than Jamon Y Salud, one of Spain’s top jamón ibérico producers.

So, onto the jamón. You can sample three different kinds as standalone portions or half portions, including Al Horno and Acorn-fed Iberico de Bellota, cold cuts of pork loin or a taster board for £24 where you’ll get a little bit of everything. Match it with a platter of quesos, which is heavy on the sheep and goats cheeses like Prado de Llera and Torta Del Casar De Caceres.

Other dishes to watch out for include:

Outside of that, there’s a lengthy tapas menu to tempt you including classics like chorizo picanto, tortilla, patatas bravas y alioli and croquetas.

The drinks list is nicely sundrenched too, loaded with Estrellas, Tinto Verdes, gin and tonics, sherries and cavas, all in all making it just the job for this side of the summer.