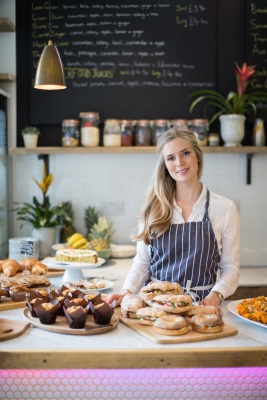 Opening in the New Year is Little H in Parson's Green. Sounds like it's just the kind of place to kickstart your healthy eating programme come January.

What you need to know about Little H

It's from the folk behind the restaurant Hally's - husband and wife team Anna Halliday and Philip Beatty who run Hally's opposite LIttle H are the brains behind it.

The menu expands at lunchtime - there'll be three wholesome salads to choose from, gourmet sandwiches and homemade soups.

There'll be plenty of liquid refreshment - Little H will have an extensive juice and smoothie menu, plus Monmouth coffee on offer.

All dietary requirements will be catered for - vegans, paleo-dieters, gluten and dairy-free you name it.