Written by Nancy Smallwood
Created: 12 May 2017 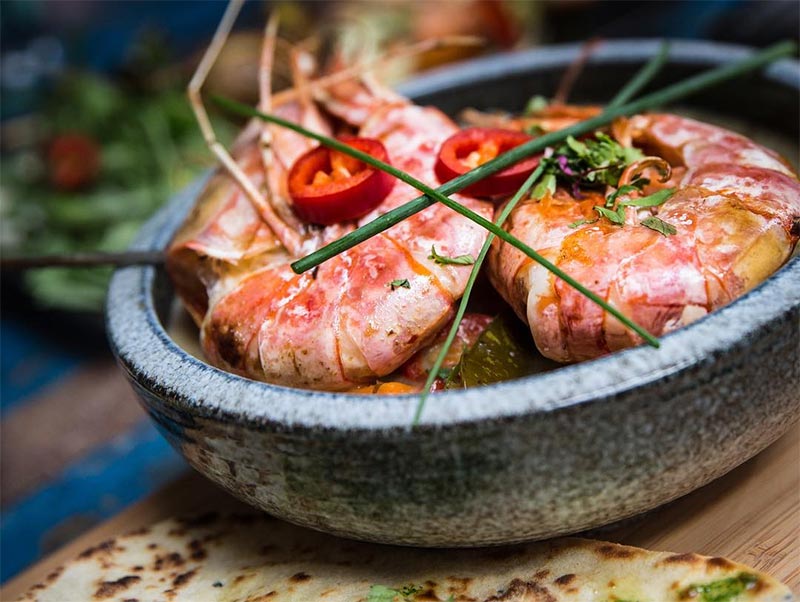 In a nutshell: Asian-fusion and botanical cocktails in Battersea

Summing it all up: After three decades in the industry, Lorraine Angliss is opening her fifth restaurant on Battersea Ris​e. It looks set to be ​a leafy neighborhood joint with plenty of cocktails, with food from Riccardo Villar​,​ and Nick Marfe of the Rock & Rose.

We're playing a bit of catch-up at the moment as just... so... many restaurants are opening. The latest is this in Battersea, which is a new Asian-fusion restaurant and cocktail lounge by the name of Little Bird, the latest project from the woman ​behind Rock & Rose and Annie’s.

Lorraine Angliss, who’s got restaurants in Richmond, Chiswick and other West London locations, is serving up a combination of Asian-fusion food and botanical cocktails in leafy neighbourhood joint Little Bird, her fifth restaurant.

On the food front, it's Asian-inspired with a Mediterranean twist, made with locally sourced produce. We don’t know too much about the specifics yet, but we do know that the menu has been created by Riccardo Villar, who’s also gained experienced at the hobs in the The Petersham Hotel. Meanwhile, Nick Marfe will be overseeing things as Head Chef, following from seven years of experience at the Rock & Rose.

There’ll be lots to drink as well, with fresh herb, spice and tropical botanical cocktails from Benji Purslow and if you describe your favourite cocktails from ​their travels to Little Bird, who’ll try to recreate it. You’ll be able to soak it all up in the restaurant’s open-air courtyard, or inside among ​all the indoor foliage, original artworks and other ​atmospheric touches that give Lorraine a chance to show off her interior design background​.​