[SIGPLUS_EXCEPTION_SOURCE] Image source is expected to be a full URL or a path relative to the image base folder specified in the back-end but /blog/2016/littlebat/gallery is neither a URL nor a relative path to an existing file or folder.
0
Shares 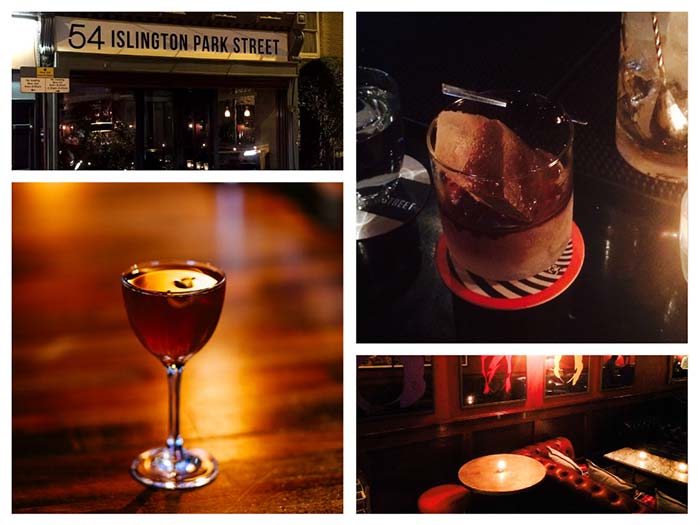 We were invited to Little Bat Bar during its opening week to give their drinks list a run through. Inside, the Callooh Callay team have taken the long thin room and given it a distinctive grown-up look. If you're looking to lounge, head to the back section where there are slouchy sofas and there are some nice tables for two along the wall.

As for food, they're still in the process of sorting out their own chef and menu, for the time being. But they've come up with the rather cunning plan of using Zilouf across the road to serve up a short list of bar snacks. We tried the pork and duck pancakes, both of which were just the ticket for soaking up a little of that great liquor. Coming soon is an entire new menu, which we've added to the original story below.

Of the cocktails we tried, the clear winner was the Steve McQueen (£9) made with Bulleit bourbon, Lucardo Sangue Moracco, Martini Rosso, Bathtub cherry brand and Peychaud bitters. It's apparently already such a popular drink, it looks like being the signature serve here. But - in the interests of being thorough you understand - we tried a few more and we'd also really rate the Sherry Finish (£8) and Grumpy Thompson's Ale (£8.50) - Monkey Shoulder whiskey with grapefruit and lime juice, whiskey barrel bitters and topped off with Newcastle Brown Ale.

Islington may already have a great cocktail bar, but it looks like it's getting another with the opening of Little Bat Bar. It's set up on the former site of 54 Islington Park Street, just round the corner from Vintage Salt (and on the former site of Public House), and has very good cocktail credentials indeed, coming from the people behind Calooh Callay.

As for the 20+ cocktails themselves, they're all around the £8 mark, made up of old fashioneds, martinis, sours, fizz & Collins and more. The ones that particularly stood out for us on the list (i.e. the ones we want RIGHT NOW) were:

It's open officially from today, so if you're in Islington it might be time to start the weekend early with a cocktail or five.

Little Bat Bar is open now at 54 Islington Park St, London N1 1PX and you can book a table at Hello@LittleBatBar.com. For more, follow them on Twitter @LittleBatBar