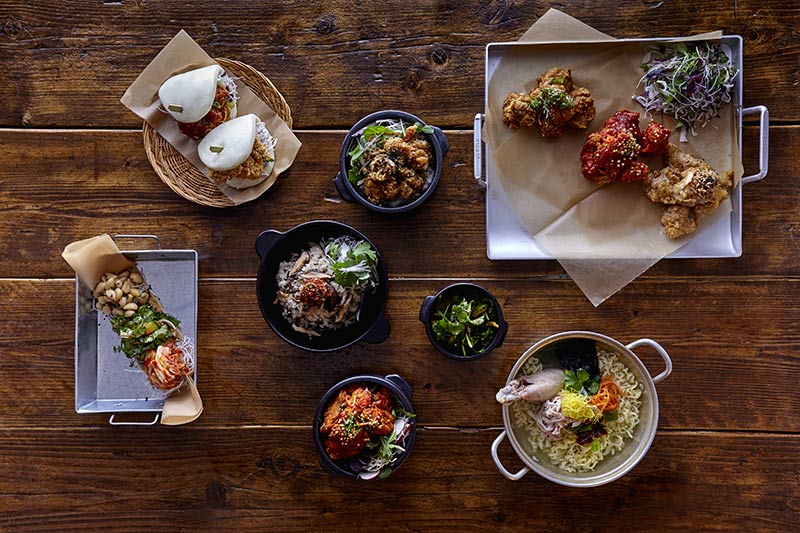 What: On the Dak

In a nutshell:  Korean chicken from the On the Bab folks

Summing it all up: Sweet soy fried chicken, barbecue chicken, chicken noodle soup… Linda Lee’s newest Korean restaurant is based in Covent Garden and is all about the poultry.

Linda Lee is certainly keeping busy. First, there was Korean barbecue joint Koba. Next, On The Bab which, since opening in Shoreditch, now offers Korean street food, bibimbap and fluffy bao in four different parts of the city. Then last year, we heard her plans for the giant Mee Market in Soho. And now she’s bringing all manner of gochujang-laden goodness to Covent Garden with a new chicken restaurant.

Her seventh restaurant will be called On the Dak - ‘dak’ is Korean for chicken - and will be dishing out poultry-focused dishes laden with spices, sauces and sides. And yes, there WILL be kimchi.

Fried chicken will be the main focus and there’ll be four different flavours on offer, including Sweet Soy, available in small, medium or large (which we reckon more than justifies ordering one of each).

Outside of that, there’ll also be Chitang chicken soup noodles, Chibun, comprising of spicy barbecue chicken or fried chicken, served with cabbage, and Chibab, formed of chicken, salad and rice. And it's extra-good news if you work in the area, as everything will be available to take away, too. Prices are reasonable, with mains starting from £5.50 and sides from £2.80.

“Koreans love chicken, whether it’s fried, in soups, on noodles or with rice, and in all my restaurants chicken dishes are among the most popular. So I wanted to bring all my favourite chicken dishes, plus some new ones, under one roof,” said Linda.

If you’re a veggie, being brought along to a chicken restaurant might not be your idea of a perfect night out. But rest assured, you’ve not been totally forgotten thanks to the inclusion of their meat-free mushroom and soy Chibab. Plus, you’ll be able to load up on their many sides, including spicy kimchi, salads and rice.

More about On the Dak

Where is it? 1 Monmouth Street, London WC2H 9DA

When does it open? 11.30am on 2 February 2018. The first 100 customers will receive a free small portion of Sweet Soy Korean Fried Chicken.