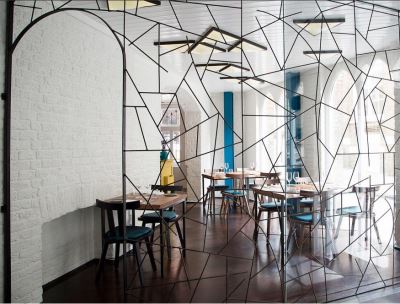 Since it opened in mid 2012, the now Michelin-starred Peruvian restaurant Lima from Virgilio Martinez has proven to be a big hit. Now they're expanding with a second restaurant, Lima Floral, coming to Covent Garden.

The new restaurant will be more of a "casual and fun offering with serious food credentials" according to Gabriel Gonzalez, Lima's co owner. There will be two parts to the restaurant, the main restaurant and a ‘piqueos bar’ - the Peruvian equivalent of a tapas bar.

With a menu overseen by Martinez and head chef Robert Ortiz, the restaurant will feature some of the original Lima's most popular dishes as well original dishes. On these, they intend to feature rare Peruvian ingredients, which have yet to appear on London menus as well as local UK produce. Examples from the menu include scallops with chia ceviche and Amazonian fish with warm causa and kholrabi and quinoa tiradito.

As for the bar, they'll have small plates including grouper with rocoto tiger's milk ceviche and tuna and seared aubergine tiradito.

Of course, there will be variations of Pisco Sour on the cocktail list (you really shouldn't go to a Peruivian restaurant without trying one) made with various Peruvian and local infusions.

The restaurant is being designed by the same people behind Gymkhana, Bubbledogs and ROKA with the main restaurant on the ground floor and the bar in the basement. It'll seat around 70 in the restaurant with space for 30 more downstairs - which will include a specialist Pisco bar and a private dining room.