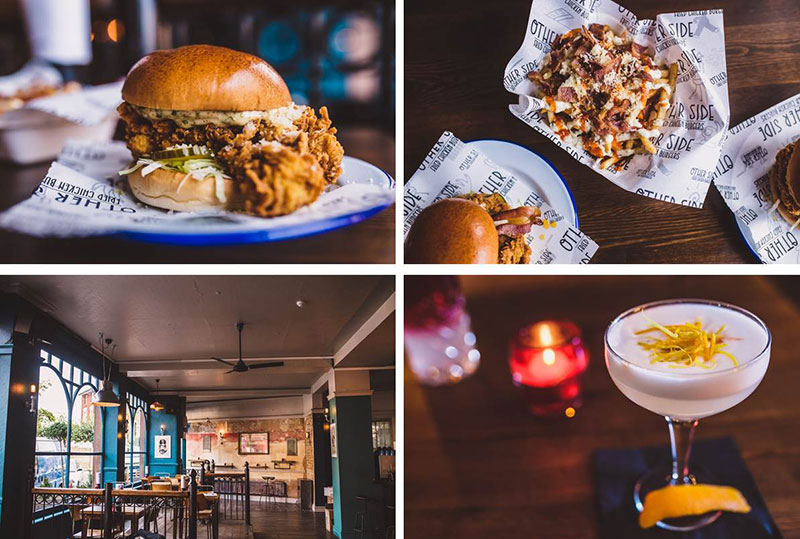 In a nutshell: Laid back food and drink in Lewisham

Summing it all up: Lewisham's former music venue Dirty South is back, but not as you know it. Now, they've relaunched as a casual restaurant and bar.

Back in 2011, Dirty South was a tidy little music venue on Lewisham High Street, until the London riots put a stop to that. Now it's set to finally open its doors again, reborn six years later as a casual restaurant and bar - and they're bringing in chicken burger obsessives Other Side Fried especially for the occasion.

During the launch week, Other Side Fried will be dishing loads of deep-fried goodies, many of which fans will recognise from their POP Brixton pitch, like:

If you're really going for a belly blowout though, we can't think of any more efficient way than by adding a side of their rather special Dirty Fries, complete with bacon, cheese, hot sauce and ranch dressing. Oof.

As for what Dirty South is cooking up when they don't have Other Side Fried at the controls, it's a bit of a mystery. But it is excellent to see the little venue alive and kicking once again.

Soft launch offer: From 20-24 November there'll be 100 free burgers a day up for grabs for those who've signed up online.