Legs is coming to Hackney from Rooftop Cafe's Magnus Reid 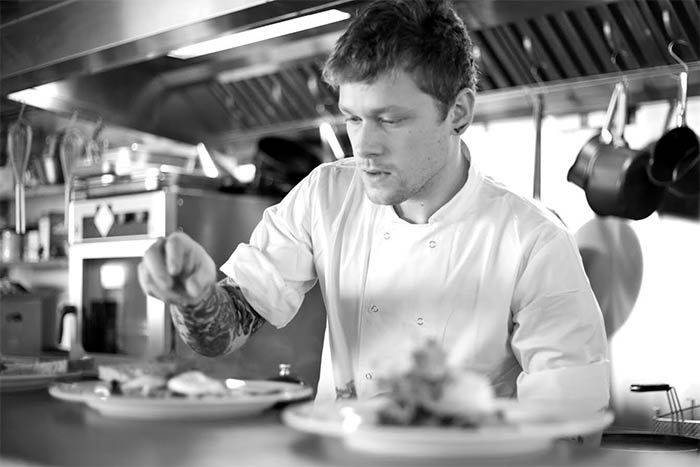 There's a new restaurant on the way to Shoreditch coming from Magnus Reid, best known as the former chef at The Rooftop Cafe at London Bridge. He's just about to open Legs, a restaurant that sees him joining with (in their words) "technology industry veteran Andy Kanter, in the midst of his mid-life crisis."

That name comes from two sources - one is the Hackney fashion district it's located in and the other is "common wine terminology: legs are the droplets that form on the inside of a wine glass (the "Gibbs-Marangoni Effect"), where the drinker can tell alcohol or sugar content depending on how fast or slow they trickle to the bottom."

With that in mind, the restaurant will be very wine-focused with a short, ever-changing list from small independent producers, who are striving to best represent the land they grow on.

As for the menu - dishes will include

They'll also be making pickles and vermouth in the basement - and apparently even the ceramics for the tables.