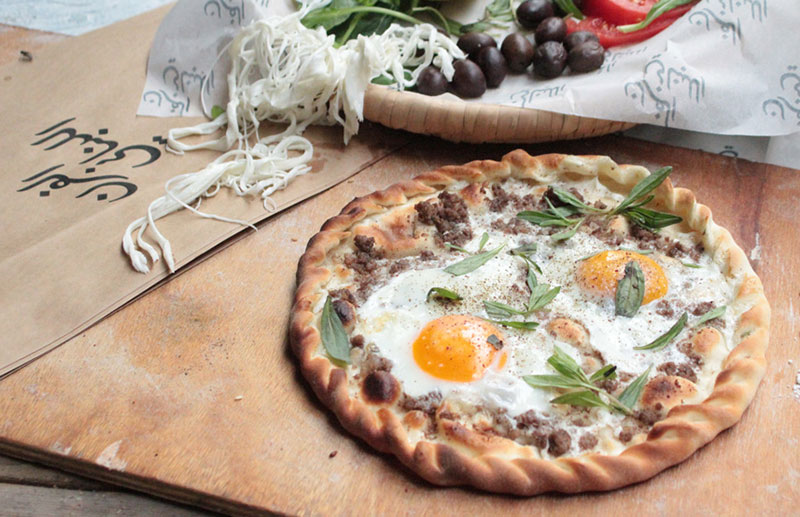 What: The Lebanese Bakery

In a nutshell: Lebanese flatbreads in Covent Garden

Summing it all up: Originally a hit in Beirut, the Lebanese Bakery is coming a long way for its second restaurant - to Covent Garden. Set up by two brothers, expect Lebanese flatbreads to be the main draw.

A new international import is coming to London. This time it's the turn of The Lebanese Bakery which is making its way from Beirut to Covent Garden, from brothers Samer and Bassam Chamoun.

They'll be specialising in Manousheh (Lebanese flatbreads) with toppings planned to include za’atar, cheese, chopped tomatoes more. and they'll also have a breakfast special, the baked egg Manousheh. And it'll all be cooked in a traditional Arabic basalt rock oven. And looking at their Instagram feed, we can expect more delights like pumpkin kebbe, kaak, mouajanat and more. Frankly, we've looked through their feed and it made us starving. So that's a good sign.

The restaurant will seat around 28 but they'll be doing takeaway too. So if you fancy a Lebanese snack while dodging the Covent Garden performers, this will be the spot to head for.

More about The Lebanese Bakery

Where is it? Drury House, Russell St, London WC2B 5HA

Soft launch offer: The first 100 customers on opening day get a free manousheh.