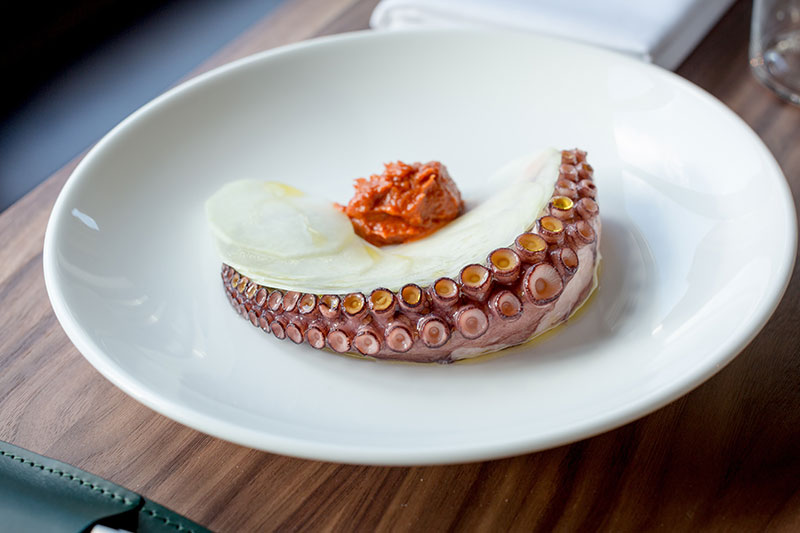 Summing it all up: One of London's most prolific and popular pop-up chefs is finally settling down and opening a permanent restaurant in the Snowsfields Yard development in London Bridge

We like to think we've been early adopters of Leandro Carreira ever since we got him to cook for Hot Dinners readers at our Elements event in Selfridges last year. And just looking at the chef's Instagram feed and the frenzy that follows him wherever he pops up in London made it inevitable that any place he opened was going to be hotter than hot.

We were already excited when news of his first permanent restaurant Londrino was announced - and now we've got the full details of the restaurant which will - we're told - "observe the flavours, traditions and ingredients from Leandro’s native Portugal, through the eyes of a chef that now calls London home."

If you haven't already tried his food but want to know a little bit about his background, Leandro trained up at World's 50 Best restaurant Mugaritz in Spain, before heading over to London where he was head chef at Nuno Mendes’ Viajante before moving on to Lyle's and Koya and then a much-loved stint at Climpsons Arch.

As for the new restaurant...

The restaurant will have food that is influenced by the flavours of Portugal with an emphasis on seafood. The launch menu will be as follows:

And then there are the desserts. Alongside a regional Portuguese cheese trolley there will be desserts that include "Grilled soaked brioche with sour caramel & hazelnuts" and "Requeijão with lemon curd, malt & vanilla waffle". Both of which sound amazing.

It's a wine bar too. The place is split into the restaurant (which seats 70) and wine bar (a further 30). And that wine bar will be no-reservations with a separate menu. That'll have small plates that include "Grilled Quail with Toffee Mayo" (that rightly deserves an "OMG", we feel) and "Pão Doce with Lemon & Ibérico Ham", not to mention rare and often overlooked Portuguese cheeses and cured meats. New wine bars in London are something we're very much in favour of here at Hot Dinners.

And that wine list should be well worth a perusal. Londrino is bringing in Cameron Dewar, who worked with him at both Viajante and Climpson’s Arch, as Manager-sommelier and expect the wine list to feature small, craft producers from around Portugal as well as more from across Europe.

“There will be a nod to Portugal on the menu," says Leandro, "but I don’t want the creative process to end there. The menu will evolve every week and will reflect the many influences of our culinary experiences.”

Ad for the look of the restaurant, expect the Portuguese influences to continue there, including hand-painted tiles from Portugal and a terrace space for when the sun returns... 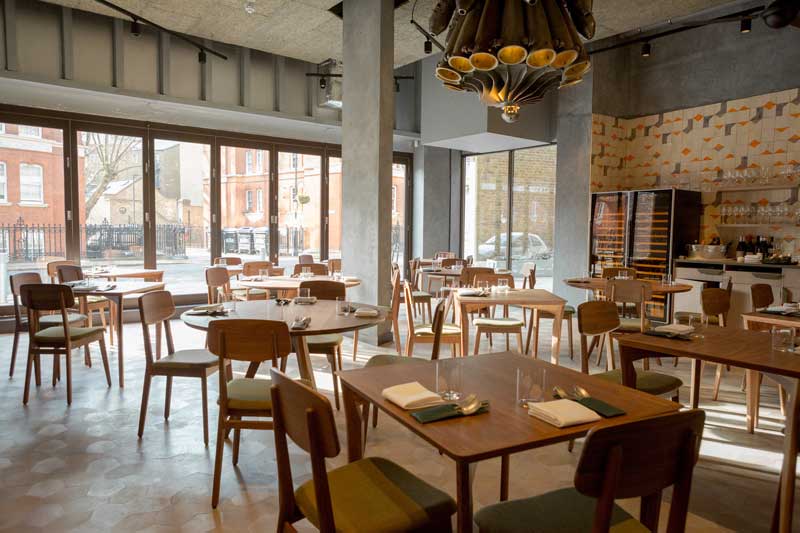 Where is it? 36 Snowsfields Yard, London SE1 3SU

How to book: Email reservations@londrino.co.uk or head to their website to book.