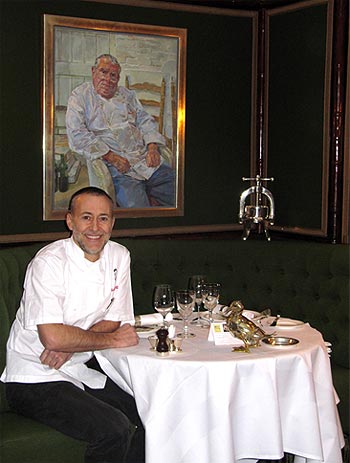 There's been a fair amount of discussion (a lot of it on Twitter) about how useful or not the restaurant reviews on TripAdvisor actually are - but for the restaurants that came out on top in the website's inaugural 2012 Travellers’ Choice® Restaurants awards, that's probably of little concern.

London, if you are interested in the results, did pretty well overall, with Le Gavroche not only being named best restaurant in London but also the top in Europe and fifth best in the world.

London's Top 10 were as follows:

It's not a bad list really - if a little surprising over how high relatively out-of-town places like Wandsworth's Chez Bruce and Chiswick's La Trompette performed in comparison to say The Ledbury or three Michelin-starred Alain Ducasse at the Dorchester.

Winning restaurants were identified based on the most popular and highly rated in TripAdvisor traveller reviews and opinions, posted over the past year. Fast-food joints couldn't take part as one of the key criteria was table service. TripAdvisor reviews from March 2011 to March 2012 were used to create the final list, but apparently a secret algorithm was then used to "measure the favourite restaurants according to traveller reviews and opinions on TripAdvisor...Quality and quantity were taken into account."

That's why when you look right now at Tripadvisor, Petrus tops the list with Ledbury running second. Bizarrely - the just-opened Yoobi tamaki joint is in fourth place with only 24 reviews over Restaurant Gordon Ramsay with 458 reviews.