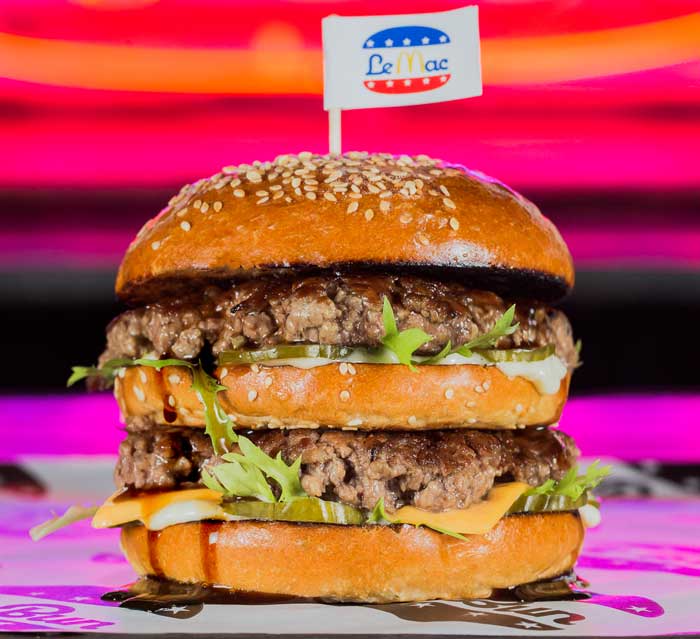 We bring you more infomation of a joyous burger nature with news that popular burger boys Le Bun are heading back to East London. They're taking over the food at Dalston's Birthdays.

If you happened to try their amazing Le Mac burger at this year’s National Burger Day, you'll be happy to hear that's going on the menu at Birthday's. If you didn't get round to it, hearing that it features two rare breed patties, black truffle burger sauce, smoked pickles, American cheese, truffle beurre noisette glaze and veal jus will make you book a trip to Dalston, pronto.

More new dishes include Nashville-style hot chicken buns, pig cheek Mac & Cheese and - in the run up to Christmas - Christmas-tree- smoked deer bun. There's even a nod to vegetarians with a dish of charred fennel, shallot, beetroot dish served with sourdough or a baguette. Oh and fans will be glad to hear the Cheeseburger Bloody Mary, garnished with a tiny, wee cheeseburger, is on the cocktail menu.

Le Bun opens on Thursday 13 October at 5pm. If you're among the first 250 folk through the doors on opening night you'll get two tokens redeemable for a truffle cheeseburger and a drink.