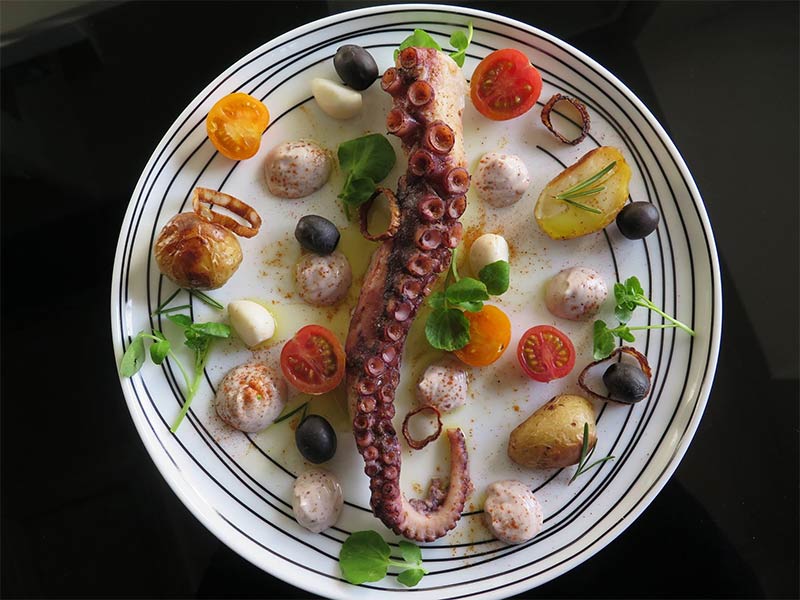 A new six-month pop-up has just landed in London Fields as Tacu Tacu are back with their Latin American fare. You may know them from selling Mexican fish burgers on Brick Lane but now they've headed inside for the winter, taking over the spot that used to hold Rita's. There, they've tarted up the place to give it a summer feeling all winter long.

For the first week, it's been all about tacos along with their Octopus Burger and Brazilian cheeseballs. And from 20 September, more will be added, including:

And for desserts, they'll have a Mojito Cheesecake and churros ice cream sandwiches (which we want right now). And expect a weekend brunch that should be including Mexican chilli crab toast.

On top of that - drinks and cocktails to wash everything down, including Flower Power (Lavender and Chilli Margarita) as well as a planned Colombian Gin and Tonic.