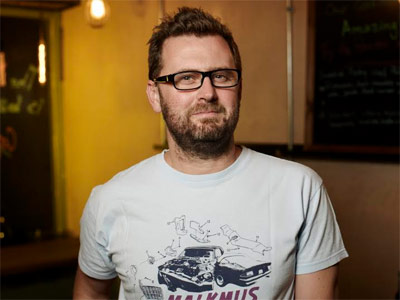 We first heard about Kurobuta opening in July of last year. Since then, Scott Hallsworth, the former head chef of Nobu and recently Wabi London, has run an extremely successful preview of the restaurant as a pop-up on the King's Road. Now, a permanent version of the restaurant in Marylebone is ready to be unveiled too.

Hallsworth, who apparently has counted the Beckhams, Roman Abramovich and Bill Clinton amongst his private clients says; "Creating expensive high-end dishes is like shooting fish in a barrel. I set myself a challenge to deliver that 'high‐end' appeal at a sensible price point and without the air kissing pretence."

As he originally explained to Hot Dinners: “I have always wanted to break away from the mundane and overly complex ways that many restaurants default to. If the space I'm creating and cooking within doesn't excite me then how can my guests be excited? I’m excited about being in my own space, with cool people (staff) that will be truly indicative of me and my creations.”

Confirmed dishes for the imminent restaurant, which will focus on Japanese classics with a contemporary and sometimes Western, twist include:

The design will also be familiar to those who went to the pop-up: with rock’n’roll tunes, wooden tables for up to 60 diners and a separate bar area for cocktails and sake. There will also be large bi-folding doors opening onto an outdoor space catering for up to 20.

In addition to all of this - the extremely successful pop-up on the King's Road will continue to run.