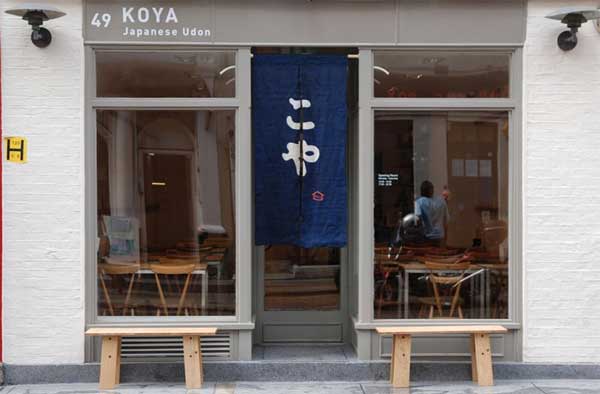 As proof that our brand new Top 40 London restaurants list will be constantly changing rather than a static account of the London dining scene, comes news that one of the restaurants featured on it, Koya, is to close.

The completely unexpected news hit our desk this morning - the restaurant will close its doors for the last time on 31st May 2015. And what's prompted this? "After 5 years of cooking at Koya, Junya Yamasaki will be leaving and returning to Japan," explains Koya's owner John Devitt. "While we would like Koya to stay open indefinitely as an extension of Junya's vision, we feel it will be a derivative that would not be fair to our customers. Koya has been a terrific journey for us all and we do not want that to be diminished."

The good news for fans of the restaurant and its bar next door is that Koya Bar will remain open. "This is Shuko Oda's version of an Udonya," says John, "and Shuko will continue to develop and push Koya Bar to its next phase."

And the better news is that there are plans afoot to open another Koya Bar over the coming months.