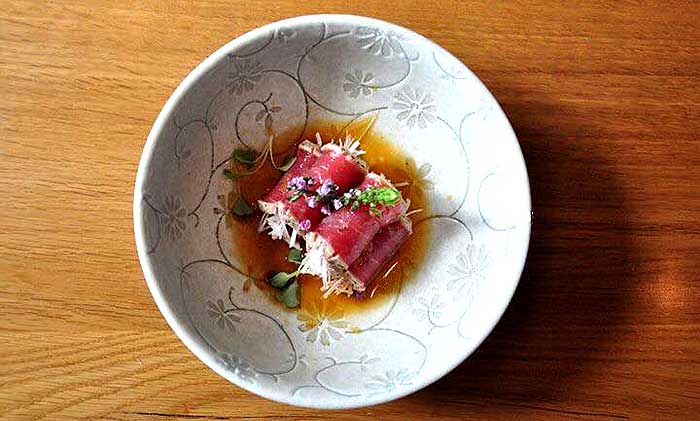 Mayfair's Japanese restaurant Chisou has just opened Kiri. They're describing it as the baby of a family which also has restaurants in Knightsbridge and Chiswick. What that means in practice is that it'll serve modern Japanese dishes with some Korean influences. So you'll find Korean fried chicken alongside miso black cod and spiced sweet potato croquettes alongside hirata buns and kimchee fried rice with Japanese mushrooms.

We're quite tempted by the sound of the marinated rabbit skewers cooked on the robata or the deep-fried, seaweed-coated quail.

On the drinks front expect an impressive list of sake from small producers as well as draft beer, a select wine list and spirits and soft drinks.