Kimchee To Go opening on the Strand and New Oxford Street 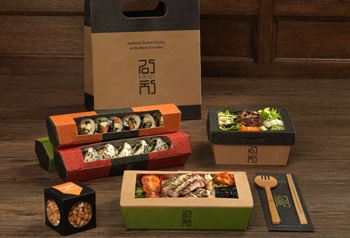 Popular Holborn Korean restaurant Kimchee is expanding into the takeaway market by opening two new stores in quick succession. The first Kimchee To Go will open on the Strand on 2 April - the second will open on 22 April on New Oxford Street.

Each store will be open 7 days a week. As you'd imagine, kimchee will feature on the menu alongside a variety of mix-your-own Bibimbaps (£6.45) such as Bulgogi beef or marinated chicken.

For breakfast (served up 7.30am-10.30am) go for misugaru, a smooth porridge made from roasted beans, rice, barley and topped with fruit or how about Korean Toast perhaps?

Clearly they're aiing to take over the world - with an additional 12 sites opening by the end of 2015. For more information follow them on Twitter @KIMCHEEtogo