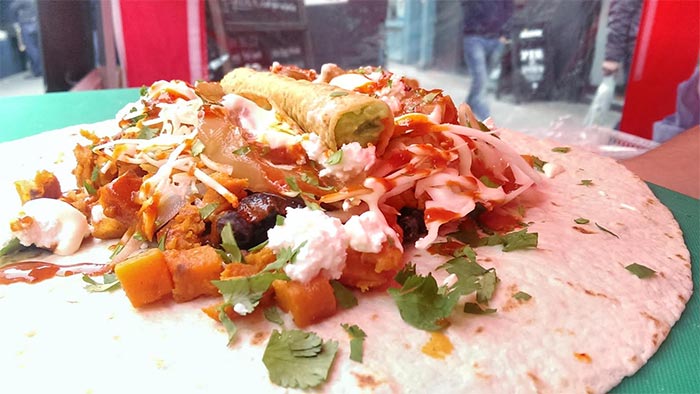 They've been described by Metro as having the best burritos in London, with their speciality being the "Torpedo Burrito". That has a guacamole-filled taquito in the middle (that's it above) which will have a choice of hot sauces ranging from "Mild is for Wimps" to "Death Sauce 2". Alongside that. they'll have deep-fried avocado tostadas, cheeseburger tacos (we kid you not) and a wider range of burritos than they've had before.

To wash down all that, there will be craft beer by the can (including Mexican ale Ocho Reales and Hawaii's Kona Big Wave) as well as South American wines, cocktails, mezcal, tequila and more.

Killer Tomato are opening at 18 Goldhawk Road, London W12 8DH. They'll have a soft launch with 50% off food and drink from Friday 22 July to Sunday 31 July 2016 (no reservations, so walk-ins only). For more, follow them on Twitter @eatkillertomato.