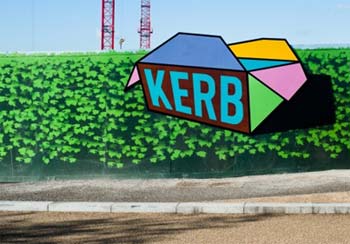 London's street food scene is getting bigger and better all the time, but it's only going to keep going in that direction if it continues to attract new talent.

Which is where the inKERBator comes in. Essentially it's an area by King's Cross street food market kerb for new talent to grow. From Friday 22 March (and every Thursday and Friday afterwards) they'll be providing what they term a "half-way space that can open the door for some of our city’s exciting food entrepreneurs".

In practice, what that means is street food newbies can come and cut their teeth alongside longstanding street traders, getting feedback from punters (that'll be you and me then). The ones with the best feedback will be invited to become part of the kerb collective.

For the first month they'll be working with a selection of new entrepreneurs from Kitchenette - London's first kitchen incubator for food start-ups. After that they'll be featuring the most exciting traders who've applied to join KERB so if you are interested in being that new kid on the block - apply here

This week, their first trader will be The Good Egg, serving up huevos rancheros, omelette wraps and shakshuka. They'll be at kerb as part of a breakfast special this Friday from 9-11am alongside Original Fry Up Material - Sausage and egg MabMuffins, What The Dickens - London kedgeree and Good & Proper Tea.

Keep up to speed with it all by following them @KERB_