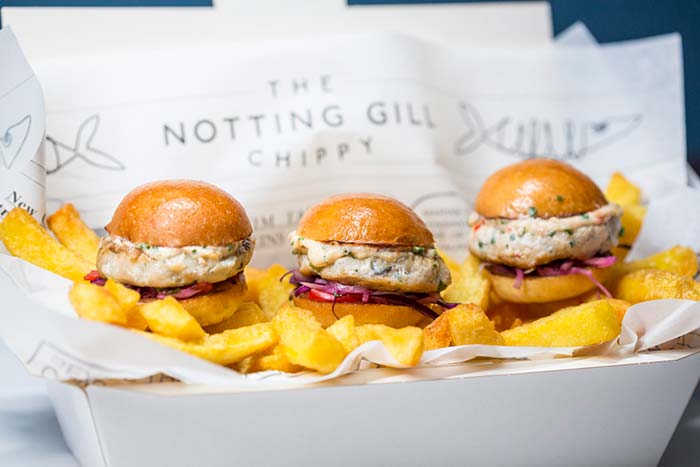 Fancy some decent fish and Chips in Notting Hill? Kensington Place is bringing back their very popular pop-up fish and chip bar in March for two months - so here's your chance to grab a top fish supper.

It's on the side of the main restaurant and they'll be bringing back the traditional fish and chips - obviously - with the add-on of mushy peas. And they'll also have  a spicier version - "Curried-Spiced Batter Fish & Chips with mango chutney with a side of lentil dahl". PLUS - This year also brings some new dishes:

All this and takeaway too...

The Notting Gill Chippy launches on 3 March and will be at Kensington Place, 201 Kensington Church Street, London W8 7LX for two months. For more, follow them on Twitter @KPrestaurantW8