[SIGPLUS_EXCEPTION_SOURCE] Image source is expected to be a full URL or a path relative to the image base folder specified in the back-end but /blog/2015/poker/gallery is neither a URL nor a relative path to an existing file or folder.
0
Shares 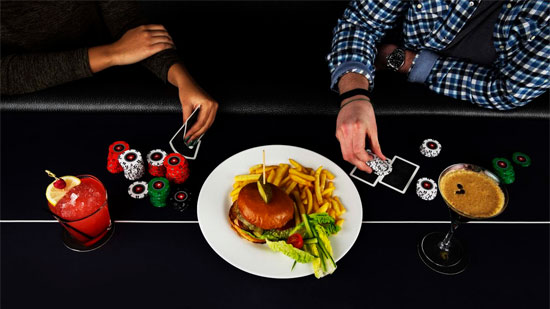 Just when we thought we'd seen it alll, along comes this new collaboration between Dalston's Jones and Sons (at their Haggerston Trip Kitchen site) and PokerStars - a "pay by poker" pop-up restaurant.

It's being launched to tie in with the beginning of the 2015 UK and Ireland Poker Tour which kicks off in London this month. However, this is very much low stakes poker as it's free to book a table and play a game of poker. You'll be given 10,000 chips to start with and, depending on how welll you do over three hands, your dinner will either be free or a pretty good bargain.

The meal itself is three courses with a cocktail thrown in - which would normally cost £50 a head. So even if you end up losing on the night - you'll still be doing well as you'll only have to pay a tenner for the food and cocktail max. There are various poker-themed courses including: