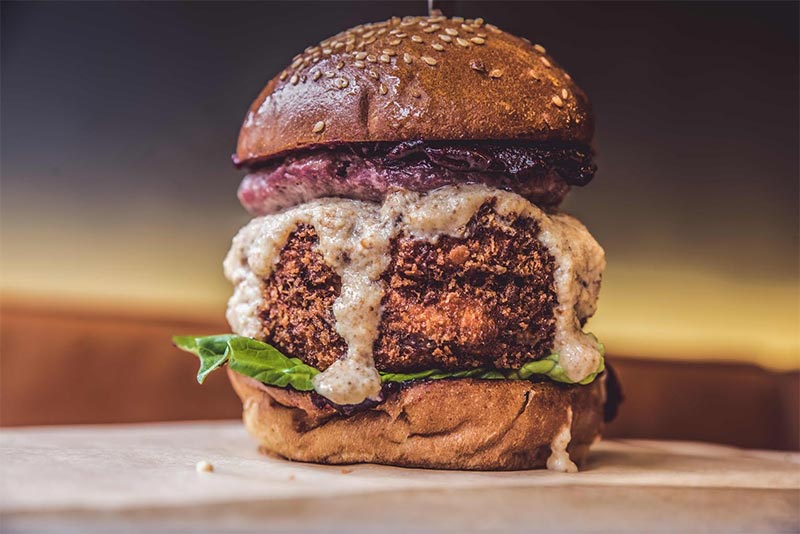 John Lewis is updating its Gardening Society rooftop installation for the winter months and they've brought in Mac & Wild to create a winter menu.

The whole space is also being redesigned as a winter forest, designed by Tony Woods who was previously awarded RHS National Young Garden Designer of the Year. So expect a natural fir tree glade as you enter as well as vegetable patches, hedgerows with sparkling light, softened tartan blankets and faux fur rugs for the colder nights.

Not only that, but they'll have their own Christmas tree shop on the roof too - where you can either take the tree away with you or have it delivered within five miles. Given Oxford Street at Christmas - we'd recommend the latter...

As for that menu from Mac & Wild, it features some of their favourites from their own restaurant, including their award-winning Veni-Moo burger - with both a beef patty and a venison patty with cheese, béarnaise and caramelised onions in a sweet brioche bun. And in addition to that, a special John Lewis Christmas burger -  a demi brioche bun, buttermilk fried turkey, stuffing, mincemeat, stilton and bread sauce (it's that behemoth above).

Drinks will be by Background Bars and they'll be adding pine liqueur to the list, alongside a smoked fig and Scotch whiskey sour and in the place of mulled wine, a mulled 8-spice Negroni.

If you want a little more privacy, you can book one of the mini-lodges for 3 or 4 or "THE Lodge" for larger groups.

The new rooftop restaurant at John Lewis re-opens on 7 November 2016 at 300 Oxford St, London W1C 1DX, running until 30 December with booking opening from 31 October. For more, follow them on Twitter @johnlewisretail.