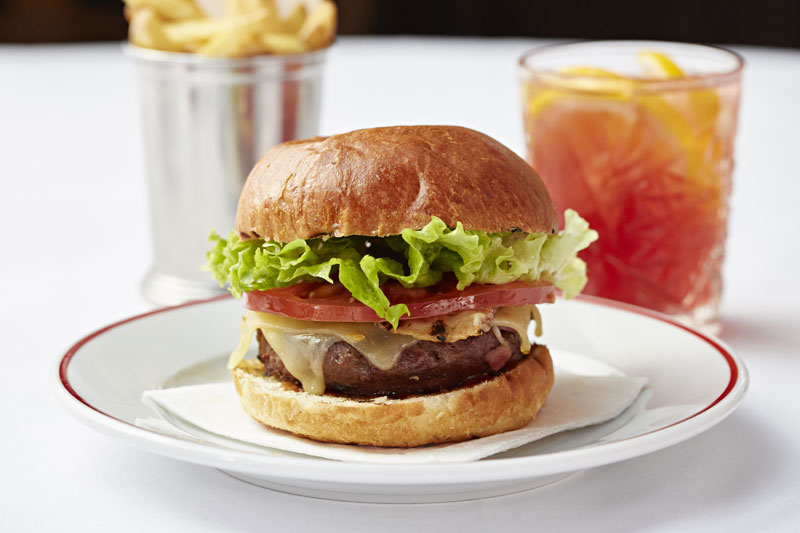 Covent Garden institution Joe Allen is celebrating its 40th year of serving hungry Theatreland punters with a special Birthday menu, which will feature a burger for the first time ever. Yes, they've had a burger before (rated as one of the best in town) but it's the infamous secret burger that you had to know to order.

It's been one of London's worst kept secrets, mind, and now they've decided to be more open about their burger-serving ways. The special Birthday burger will be laden with extras, like fontina cheese, guacamole, corn salsa and jalapenos. It’ll be served with a special celebratory cocktail, made with strawberry pulp vodka and lemonade, and rounded off with one of their classic brownie and vanilla ice cream combos. The whole lot will cost £19.77 - the year it all began.

Co-owner Tim Healy said: "The secret burger is synonymous with Joe Allen and we wanted to celebrate its tenure as much as the memories, the team and the iconic posters and wooden panels on the wall."