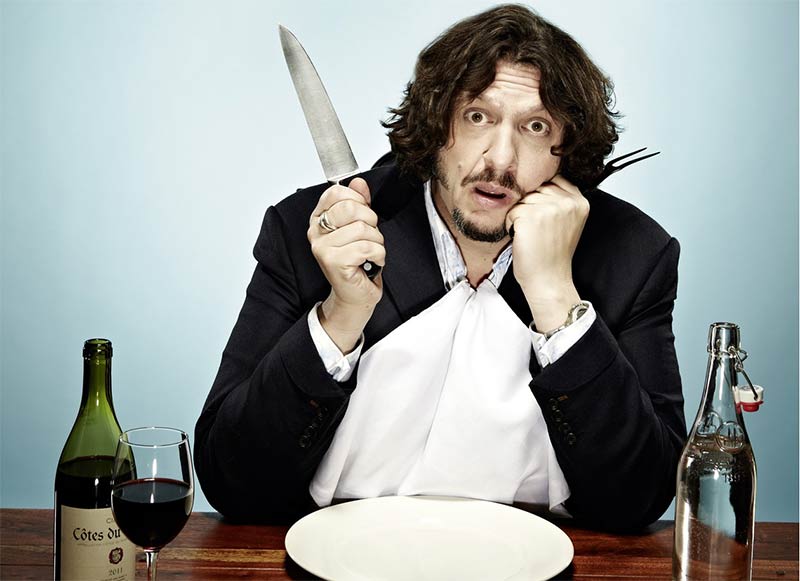 If you too wish to be able to describe canapes as having “blunt acidity of the sort that polishes up dulled brass coins,” then you'll want to get yourself along to Jay Rayner’s writing workshop.

The notorious Observer food critic (who’s been described by as the ‘world’s most feared’) will be running an afternoon masterclass in single subject column writing, operating out of Brasserie Zedel. He’ll be teaching writers of every kind, from PR to journalism and bloggers, how to efficiently tell a story through the article. Like describing a particularly bad steak restaurant as “a part-time rugby player smelling of Ralgex who’s trying to tell you he’s deep and thoughtful, even though he’ll later be implicated in an incident involving a traffic cone and a pint glass of his own urine.”

The session will be running in Zedel’s Crazy Coqs and will cost £75.