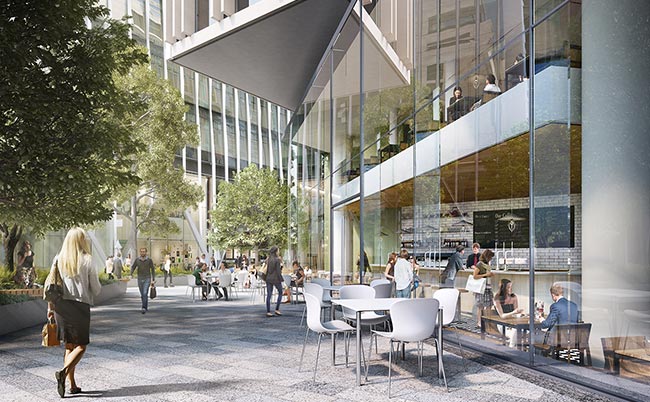 We've noticed a very clear trend in the London restaurant scene recently and it's all connected with new developments across town. Before, such places often opened with somewhat generic chains, but now we're seeing new restaurant enclaves appear all over town, often led by very big names or extremely popular mini-chains. So we've had Pizarro and more at Broadgate, Big Easy at Canary Wharf and Bone Daddies and Draft House at Old Street. Not to mention that there are still more big names to open in King's Cross.

Getting in on the act now is the new Nova development in Victoria. The area has always struggled when it comes to good places to eat and drink, but that's going to change big-time soon, led by London's most prolific restaurateur Jason Atherton. So here's what will be coming to the new area.

We've known for a while that Jason Atherton has been looking to open an Italian restaurant. He once told us that he thought the casual Italian dining experience in London hadn't reached its potential (we're paraphrasing from memory there) so expect this to be something of a shift from the Socials. The only details we have so far are that there will be a pasta room where you can see it being created. So yes, very fresh pasta.

From the the founder of Village East and Riding House Cafe, this all-day restaurant will seat 150 covers (and have plenty of alfresco eating too) plus there will be an upstairs bar and a private dining room. It's being designed by Adam White together with the same people who designed Riding House Cafe.

The Stoke House and The Juice Well

These are from Will Ricker, best known in London for La Bodega Negra. Stoke House is BBQ with the focus around their wood burning pits. Expect the usual brisket, ribs, chicken and pulled pork to put in an appearance in what they're billing as "a contemporary bustling dining hall". And if that all sounds too much, then Ricker is also opening what is pretty much the polar opposite too - the Juice Well (the second after the Soho original) which will sell organic cold press juice, super food smoothies and more healthy options.

Like their planned "Gymnasium" at King's Cross, D&D are going big at Victoria. They'll have a 10,000 sq ft restaurant on two floors of Nova South which will have a café, bar, terrace and shop on the ground floor and a restaurant on the first floor. That's being designed by Russell Sage Studio (Grain Store, City Social).

Yes - mere days after announcing a restaurant opening in Summer at Old Street, they're also expanding to Nova. New to this outlet will be "a contemporary take on Osaka-style okonomiyaki". This Bone Daddies will be on two floors and also have lots of outdoor space.

Much like the St Pancras original - a food shop selling all manner of artisan goodies.

But that's not it. 18 "eateries" are going to be opening, so there's still a chance that a few more big names will join the list. We'll be keeping an eye out in the run up to the opening in 2016. For more on what's coming, follow them on Twitter @novasw1.