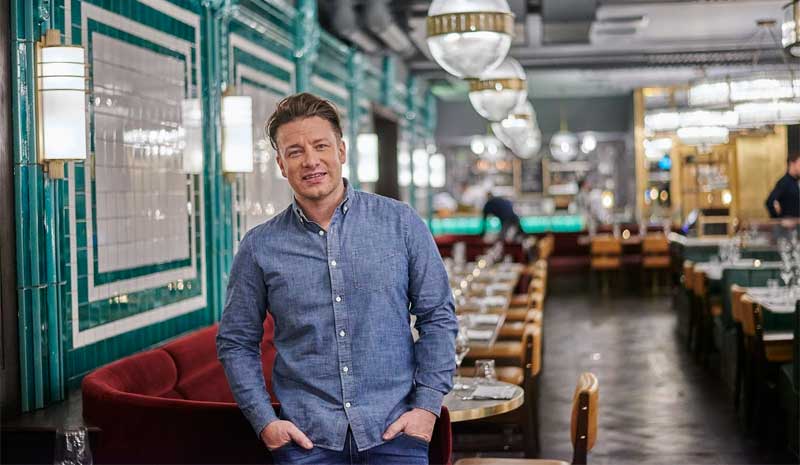 It's been a bad couple of weeks for celebrity chef Jamie Oliver. Following news that he was closing 12 of his Jamie's Italian restaurants last month, comes the confirmation of rumours that both his Barbecoa restaurants have closed their doors.

Fellow restaurateur Martin Williams of M Restaurants said yesterday that he wanted to buy both Barbecoa restaurants from Oliver. In a statement Williams said: "I believe there is a future for Barbecoa which appears to be a casualty of the melt-down of the Oliver Empire. I’m interested in acquiring the brand and protecting the jobs of staff, many of who are very talented individuals whom I have mentored throughout my career. I believe the business has potential and we approached the company late last week to attempt to come up with a mutually acceptable agreement.”

But that was scuppered by today's update that Oliver has bought back the St Paul's Barbecoa in a complicated bit of business that the BBC describes much better than we could: "Barbecoa St Paul's was bought back under a so-called pre-pack arrangement, which allows the purchase of the best assets of a business before it actually goes into administration." In practice that should mean business as usual at the City restaurant.

Responding to a customer on Twitter asking what was happening, Oliver said today: "Sadly, we can confirm that Barbecoa Piccadilly has closed, but we are still continuing to trade as normal at our St Paul’s location."

Hi Lauren. Sadly, we can confirm that Barbecoa Piccadilly has closed, but we are still continuing to trade as normal at our St Paul’s location.

Today Martin Williams told Hot Dinners: ""Our interest in Barbacoa, was for a ‘full group’ purchase which incorporated both venues and the entire brand: As a whole business it has great potential. Split by the controversial Pre-Pack Administration deal, it is no longer an interesting proposition and the Piccadilly rent is twice what it should be.”

There no word yet on whether Jamie Oliver's company will go ahead and open another branch of Barbecoa at Nova Victoria as had been planned.