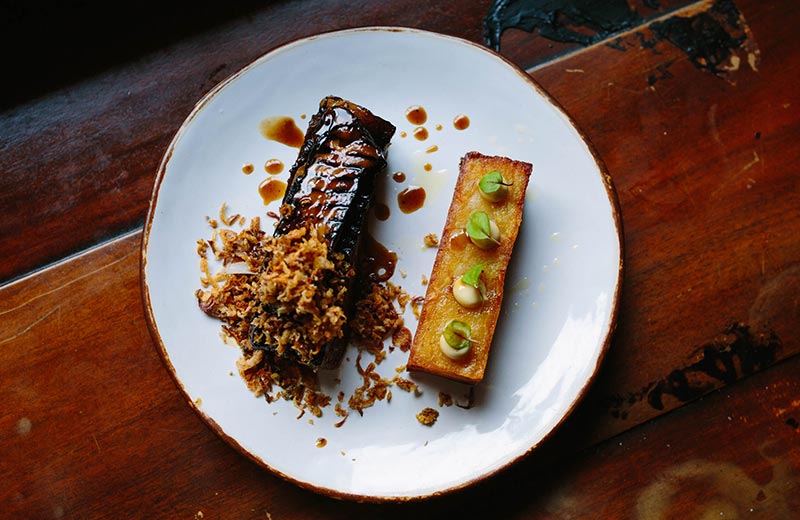 James Cochran, previously of Ledbury and Restaurant Fix fame - and more recently from a stint at B.Y.O.C Soho - plans to warm things up this autumn with a brand new restaurant near Liverpool Street Station.

He’ll be bringing the skills he developed during his time at the double-Michelin starred West London institution to the City, cooking up an array of seasonal produce: there’ll be fish from Cornwall, meat from Essex and veggies from Kent.

The opening follows a successful run down on Great Windmill Street, where he teamed up with B.Y.O.C to spread his wings and bring a seven-course tasting menu to diners. James Cochran EC3 will be his fourth venture, following a couple of pop-ups in Camberwell and Hackney. This time around the venue will be there to stay, making it his first permanent site, and it’ll be boasting an entirely new menu too, (though we’ve been informed that his famous Caribbean jerk chicken will still make an appearance).

From starters and small plates, you’ll be able to choose from autumnal items such as:

You’ll be able to round off the meal with some enticing desserts - figs with honeycomb and Madeira, Jersey milk parfait with pineapple, and the ‘Snickerbockerglory’ which we can only hope is as good as its name.