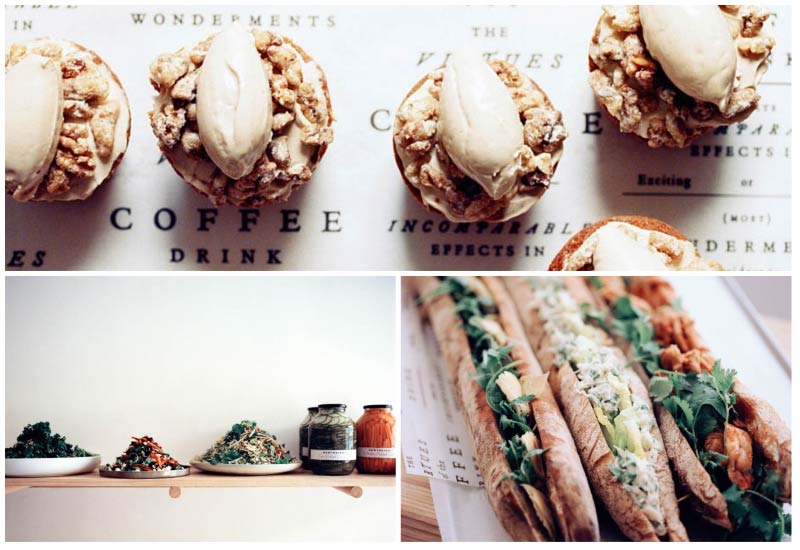 There's another new place from the people behind the ever-popular The Palomar and The Barbary, siblings Layo and Zoe Paskin. They're opening a new coffee shop called Jacob the Angel in Neal's Yard.

The menu has been put together by head chef Daniela Gattegno, who was sous chef at nearby The Barbary and before that Ottolenghi, Moro and Morito. As for the menu, expect freshly baked cakes, pastries and pies, "generously filled sandwiches" and seasonal salads. And while it's a menu that will change regularly, we've had a preview of what to expect:

Not only that, but there are small bites that include tahini madeleines, passion fruit marshmallow, raspberry and cream cheese marble brownie and salted chocolate & pecan cookie. Or you can just head straight for the cakes including individual coconut cream pies (of which they're making just 30 a day). Yes, we're now VERY hungry after writing all that out...

Local suppliers are present throughout the menu including Square Mile Coffee Roasters, Cannon & Cannon for British charcuterie, Hackney based Newton & Pott for jams and more,  Swaledale for British game and pork, The Dusty Knuckle Bakery and neighbours Neal’s Yard Dairy will provide all of their cheese.

And it's on the teeny side. Just ten seats in and three outside - so it'll mainly be for takeaway. But expect those seats to be hard-fought for.

What: Jacob the Angel