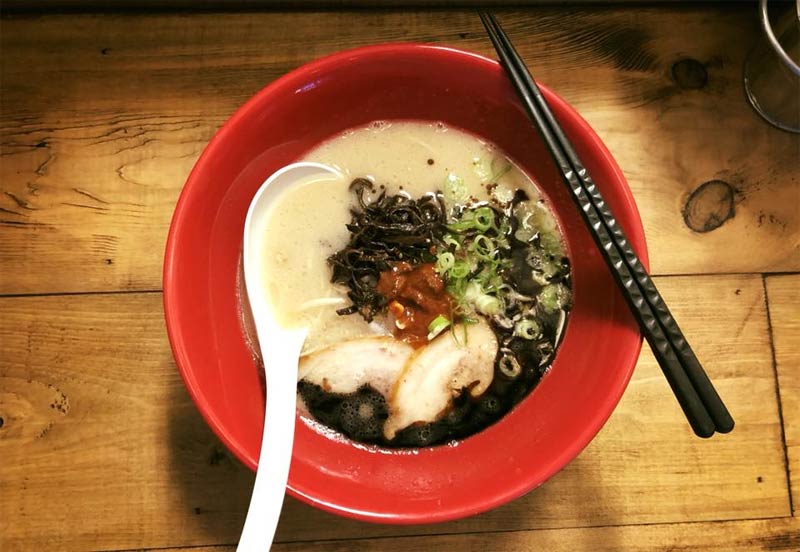 Summing it all up: With more than 240 restaurants in 13 countries around the world, including Japan, slick ramen chain Ippudo is no stranger to new openings. Now they're opening the doors on their third London branch in Charing Cross, where they'll also be providing takeaway until the evening.

International ramen kings Ippudo are gearing up to open their third restaurant in London, which will be in Charing Cross’s busy Villiers Street.

New for the Charing Cross branch will be their Hakata Niku Ton ramen, which comprises a warming combination of sweet and spicy pork, tonkotsu broth, tare sauce and optional tabasco for spicy lovers. You can (and probably should) opt to top of it off with a traditional Onsen Tamago - a slow poached egg.

Expect the same food as their other two restaurants, in Central St. Giles and Canary Wharf, which means all their tonkotsu ramens like their Akamaru and Karaka-Me, plus a la carte mains. They’re also bringing a “multitude of Japan-inspired appetisers” including hirata buns, available stuffed with with chashu stewed pork, vegetable croquette or crispy chicken.

Takeaway will be on offer until 8pm, but if you fancy slurping your ramen in the restaurant, there’ll also be space for 38 to sit in.

It’ll be the latest in a long line of openings for Ippudo, who operate a somewhat staggering 240 restaurants out of 13 different countries, including the USA, Singapore, Hong Kong and Japan.

Where is it? 31A Villiers Street, London WC2N 6ND

When does it open? 11 January