Il Pampero Italian restaurant is coming to The Hari in Belgravia 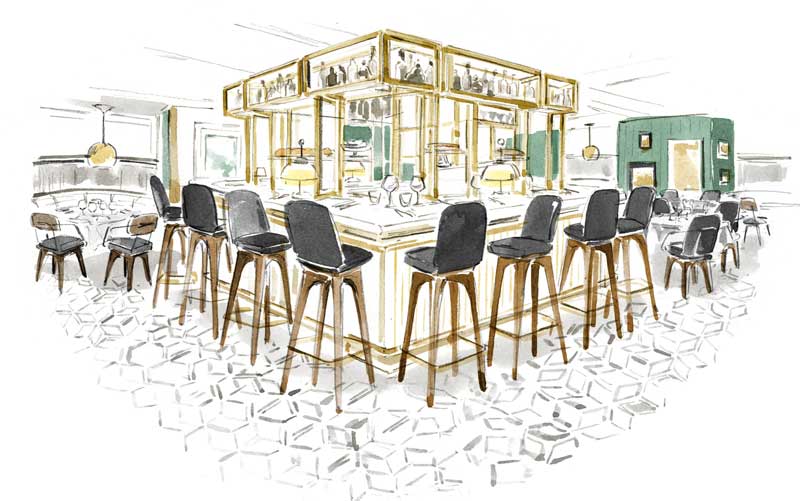 In a nutshell: Italian in Belgravia

Summing it all up: Boutique hotel The Hari is going all out with a new Italian restaurant.

Ever since The Belgraves hotel relaunched as The Hari, we've been wondering what was going to go in the restaurant space. If you've been keeping up, this was once Hix Belgravia and more recently was Belgraves featuring Sophie Michell in the kitchen.

Now we hear it's going to be il Pampero - a modern Italian restaurant. All manner of Italian fine food will be made from scratch in the kitchen here, the pasta, the bread - they'll even be doing their own smoking and curing too. In the kitchen you'll find Claudio Covino who was previously at Novikov and Locanda Locatelli.

The detail we really like the sound of is the commitment to a bit of tableside theatre. So for example if you order tagliolini cacio pepe your waiter will bring over a massive wheel of Pecorino cheese to mix in the fresh pasta and create a rich, silky sauce for the dish in front of you.

Other dishes on the menu will include:

To drink, the wine list will be all Italian and there'll be a modern cocktail list. And if you're after a bit of old school glamour, champagne will only be served in coupe glasses.

As for the space itself, there'll be room for 58 diners and the seating will also include a bit of counter dining too at a central bar.

Where is it? 20 Chesham Pl, Belgravia, London SW1X 8HQ