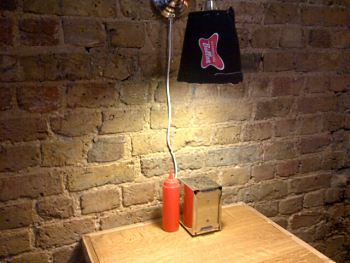 Looks like there's mileage in the burger craze yet as Icelandic burger joint Hamborgara Bullan opens its first UK place in Marylebone next week. We were first alerted to their imminent arrival by London blog Londonontheinside and got in touch with them to find out what Londoners can expect when they open.

[For burger fans - Hamborgara Tómasar aka Tommi's Hamburger Joint opened in 2003 in Reykjavik by Tommi Tómasson who's apparently credited with bringing modern burgers to Iceland. It's a spot favoured by celebrities and burger junkies alike.]

Why did you decide to open up in London?

Londoners are going crazy over burgers, and with Tommi's 30 year experience in the burger business and four successful burger joints already in Iceland, we felt it was time to try something new and bring the simple concept to London.

What makes your burger different to all the others? - What kind of patty will you have?

The patty is based on Tommi's recipe.  The meat was carefully selected and we are very happy with the outcome and our butcher H G Walter (West London).

What else will be on the menu?

To begin with, it'll be Burger, Veggie Burger and Steak Burger (with Béarnaise sauce) with fries, then we will have the condiment bar with various other spices, and sauces including Cocktail Sauce (Burger Sauce). We will also have complimentary coffee available as well for our customers

And drink - will there be beer, wine, cocktails? We hear great things about your shakes.

Shakes & Sodas for now, as we're in the process of applying for a liquor licence. And yes, we will offer our famous Coffee shake as well.

When are you opening?

Do you take bookings?

No, it's first come first served.