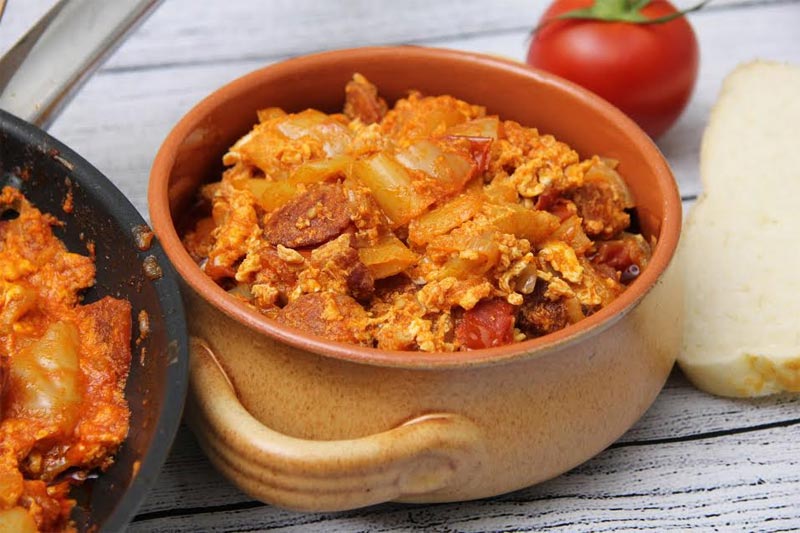 In a nutshell: Traditional Hungarian food, with a touch of Italian.

Summing it all up: After a strong start in Holborn, this Hungarian Italian couple are bringing their blend of culinary influences north to Kentish Town, with lots of goulash, chicken paprikash and fresh pasta.

Sour cream with paprika, freshly filled ravioli, and steaming bowls of goulash - there’s a new pop-up coming to Kentish town, where Eastern European food is topped off with a generous helping of Italian influence.

Pasta n’ Goulash, an Italian-Hungarian pop up created by a husband and wife duo, will now be doling out their heartiest dishes from their newest home in Tolli, a neighbourhood Italian deli. It follows the pair’s successful month-long Holborn residency last winter, which saw them warming the cockles of city workers in and around Red Lion Square.

Now, those in Zone 2 will be able to get stuck into their blend of Eastern European and Mediterranean recipes, like:

You’ll also be able to try their first Hungaro-Italian fusion vegetable stew; Lecsó Peperonata, which sounds like a natural match, both stews in their original forms using plenty of red and yellow peppers, garlic and olive oil. If you’re keen to give it a go, bear in mind you’ll only be able to catch Pasta n’ Goulash on alternate weekends, so take note of the dates.