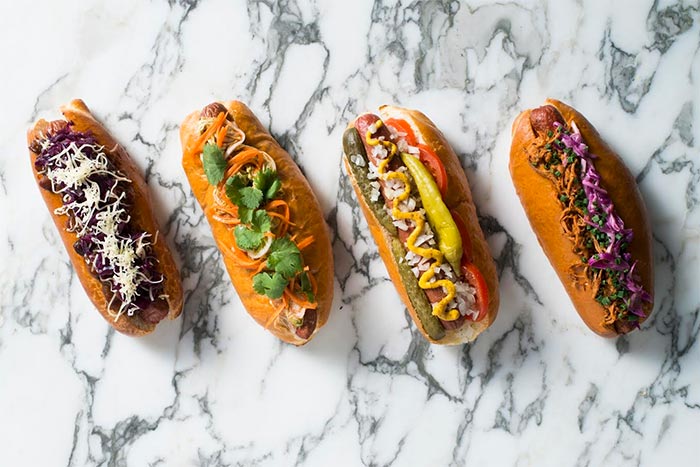 While burgers have reigned supreme, hot dogs haven't had as great a time of it in London with a couple of notable exceptions (mainly Bubbledogs). However, now a new hotdog joint is on the way to Soho

It's from Matt Hermer (the man behind Boujis, Eclipse and Bumpkin) but it's his American wife Marissa who is the main force behind the new restaurant (who you can also see in the Ladies of London reality TV show). They're also joined by Ewan Venters, Fortnum & Mason CEO, as "non-executive Chairman". The restaurant promises to have a "US rebel biker culture of the 1950s" feel to it and will have a private room for hire too.

As for the food, there's the influence a healthier eating regime throughout. So you'll be able to choose your 'dog' - from classic veal & pork, beef or chicken (with vegetarian options too) as well as a bun - a choice of three - with approximately 9 hotdog choices on the menu including a classic caramelised onion finish, a Chicago Dog, a Kimchi dog and even a pulled pork and apple slaw dog. Plus they're promising a Chillicheesesteak dog alongside organic ice cream milkshakes, rapeseed-cooked fries and hand-made relish.

Top Dog opens at 48 Frith Street, London W1D 4SF on 23 May with 50% off until 25 May (walk-ins only). For more information, follow them on Twitter @TopdogSoho