If there's one thing we pride ourselves on at Hot Dinners, it's having our fingers firmly on the pulse of London's food and drink scene. So much so that we're hosting an event at Selfridges showcasing the key elements we think are going to be rocking your world over the coming months.

We're taking over the Forest restaurant on the rooftop at Selfridges for an evening where we'll have food from chefs and restaurants opening their doors for the first time this year as well as drinks that embody the trends we're going to be seeing more and more of.

To help us, we've enlisted the help of some of our friends:

On the food front we'll have Som Saa and Carl Clarke who'll both be presenting a dish from their upcoming restaurants and YBF winner and former Pachamama chef Adam Rawson who's looking to open his own restaurant this year. We'll also have Mark Parr from the London Log Co teaming up with ex-Viajante/currently at Climpson's Arch chef Leo Carreira.

And guests will enjoy cocktails from folk such as Iain Griffiths from Mr Lyan and our sponsor Chase. There'll also be drinks and food served up from Forest restaurant itself, cocktails from 1800 Tequila, beer from 40FT Drop brewery and Biere 1936.

Ever tried new caffeine trend nitro coffee? This will be your chance as Sandow showcase the coffee buzz that's going crazy. 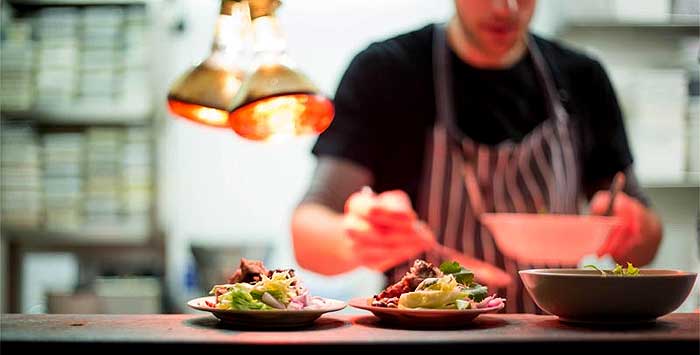 All this - and some rather lovely goodybags to go home with - will set you back a we-must-be-mad £30. The only downside is that we have just 70 tickets so you'll have to be pretty fast off the mark to get one.

Update - tickets are now sold out, but keep an eye on our Twitter and Instagram feeds as there may be another chance to win tickets in the coming weeks.